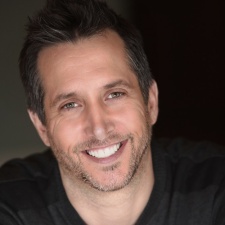 This article is the first of a new series of regular articles highlighting services companies in the mobile games sector.

Los Angeles-headquartered outsourcing provider 5518 Studios offers services in a number of areas, including 2D art, 3D art and animation and programming across platforms.

From concept design and illustrations to 3D modelling and motion capture, the team of 62 has worked on a number of titles such as Jam City’s Snoopy Pop and Human Head Studios' Rune Ragnarok.

Other partners its worked with include EA, Hi-Rez Studios, Digit Games, Other Side Entertainment and more. The company claims that as many as 80 per cent of its clients operate in the mobile space.

Speaking to PocketGamer.biz, 5518 Studios CEO Michael Casalino says he believes what makes its services different is the experience the co-founders have previously accrued as art directors and lead artists at large companies such as Scopely.

“From being in the position of long-term artists, we understand how to make sure products get out on time, on budget and most importantly, in line with the shared vision for each deliverable,” he says.

One of the team’s recent projects was working with US publisher Jam City, which has released titles such as the Panda Pop and Cookie Jam series’, on bubble shooter Snoopy Pop.

The team created the artwork for the title that included characters from The Peanuts IP.

“For Snoopy Pop, our current focus is building out the worlds and locations in which you play in,” says Casalino .

“We have the privilege of taking a franchise that was established in the 50s and bringing new life into the mobile space with locations that are new to the snoopy world. Something like this to touch on working on a franchise that is over 60 years old and making it relevant again.”

Though its HQ is situated in the US and recruiting a team experienced in games, 5518 also works in other industries too, including film and music. And Casalino sees a lot of crossover from what the team has learned in the games space.

“Elements of games and entertainment are becoming prevalent and necessary in many industries to improve end-user engagement and in some cases to help with monetisation or usability,” says Casalino.

“We’re very proud of recent work with major technology companies like Uber and Google who see the need as well. Film and TV studios are also extending their brands from the traditional screens to mobile, from apps and games to virtual and augmented reality. We don’t expect this to slow down anytime soon - or ever.”

Looking forward, the company plans to scale up its outsourcing services. As well as continuing with co-development, it’s currently conducting research and development in the virtual reality, augmented reality and blockchain spaces.

“We always will see ourselves as a strategic partner for outsourcing, but as a company we need to find innovative ways to scale our business in other areas,” says Casalino.