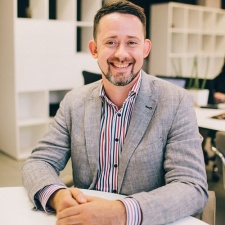 Pocket Gamer Connects San Francisco is back for its biggest show ever on May 14th to 15th 2018.

How important has influencer marketing become across the globe for mobile games developers?

I can't say it's important, I would rather say it's a must-try thing nowadays.

Influencer marketing gives you an immediate effect, i.e. performance in terms of installs or in-app purchases as well as branding, which is a long-term effect boosting your conversions rates and improving your return on marketing investment.

Along with that, despite influencer marketing becoming a hype thing in the past two years, it's still being considered a pretty niche yet non-crowded marketing channel (compared to “traditional” Facebook ads), where the audience has not shown ad blindness symptoms yet.

All this makes influencer marketing a very appealing technique for mobile games developers, thus raising the importance of using it in games promotion.

Are the principles of influencer marketing the same everywhere or can they change region to region?

The principles are quite the same everywhere. There are certain specific things to keep in mind when you’re dealing with particular regions. American influencers are very formal and stick to the contracts (and it's almost impossible to alter the video once it has been shot, according to the creative task), while medium-sized Russian and Latin American influencers are quite flexible and would re-shoot the video rather than risk losing the long-term relationship with the advertiser.

I can't say influencer marketing is important, I would rather say it's a must-try thing nowadays.

Check both the channel data and its content thoroughly, as you want to be sure about integrity and common interests between the channel's audience and your product. Make sure the audience has the ROI potential based on their social demographic characteristics.

Be sure to have a Plan B as it's quite common for influencers to change their mind and refuse to release the video at late stages.

Be polite and transparent, as the community of influencers spreads rumours fast - do not risk your reputation with one influencers as it will affect your relationship with many of them.

Should developers let influencers be creative with marketing or to set out specific rules?

I'd say let them be creative. Influencers know their audience, their interests and what they are like, so it's not very wise to dictate them how the ad should be integrated into the channel. Listen to their advice.

Of course it's important to preserve the integrity of the game’s brand and maintain the message of the game, so it will be wise to provide influencers with some rules such as defining the boundaries of what's allowed and what's not, as well as what must be shown or said during the ad.

All in all, certain amount of creative freedom helps to achieve great results.

Part of the description for your talk relates to ‘legal culture and its influence on the workflow’. What do you mean by this and what will you be discussing in your talk in relation to this?

We have noticed that influencers from around the world have a different legal culture: some of them insist on signing strict formal agreement and they expect to receive a prepayment before doing any kind of shooting.

On the contrary, in some regions influencers tend to hide (from taxation authorities) part of their income - and this might become an obstacle for a client who wants to work with a particular influencer. I will give some examples during my talk.

What major trends do you predict in the influencer space for 2018?

Well, the hype and trends lead to market evolution. Of course, I expect further growth of everything related to influencer marketing: channels will grow, costs of placement will grow, the number of clients will grow, the budgets should grow as well.

This growth needs to be supported with transparency in both campaign planning and evaluation of the results of such campaigns. Zorka.Mobi, for one, has been doing such planning based on first-party data, which allows us to accurately forecast and evaluate campaigns on a number of KPIs that include views, clicks and conversions altogether.

I foresee that long-term relationships between a brand and an influencer will become more common.

We expect that clients will consider applying performance metrics more and more and the market will have to adjust accordingly. I cannot say this shift will happen immediately but the trend is notable already.

That is why we are seeing the rise of different tools helping you organise your influencer marketing partnership workflow - from selection to campaign evaluation.

Being an agency we know that current major pain point in running a large-scale influencer campaign lies within management of these campaigns, i.e. talking to influencers or their agents, describing how the advertiser sees the ideal placement, agreeing contract terms and much more.

Even the most sophisticated tools for influencer management cannot address these pain points completely and that's why human power will continue to play a major role to support platform-based solutions.

What are you looking forward to seeing at Pocket Gamer Connects San Francisco 2018?

Being an agency that helps mobile games developers reach their marketing goals, we are looking forward to establishing new partnerships with publishing studios who will benefit from our client-oriented agency approach, supported by data-driven decisions and expertise we have accumulated in influencer marketing worldwide.

So we look to talk to game development companies that see influencer marketing as an integral part of their marketing mix.

Speaker Spotlight: Zorka.Mobi's Dmitry Liapin on the role of AR tech in the past and future of the games industry