"If you are an indie and you are making an indie game, I think it’s becoming very difficult to lead from the heart" 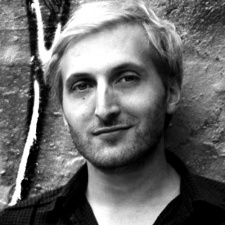 Darjeeling is a small creative studio that finds itself nestled in the Eastern suburbs of Paris in Montreuil.

The studio has played host to both developer and producer and has tried its hand at creating interactive documentaries, web animations and more recently moved into exploring video games as a creative outlet.

Keenly interested in cultural messages and art, its first outing in the world of video games development came in 2016 with a narrative adventure and exploration game called Californium for PC, was inspired by the work of American science fiction writer Philip K. Dick.

“Little by little we started to think about making video games because we thought that it was a very cool way to say something about the world or to pass on knowledge,” Darjeeling’s creative producer Marc Lustigman tells PocketGamer.Biz.

“What we like to create is video games that are fun but are also for seeing backgrounds of culture or harder topics like politics.”

Next up though for the French studio is Homo Machina, a premium mobile title inspired by German physician Fritz Kahn set to release on Thursday, May 17th 2018.

A pioneer in informative graphics, Kahn was most remembered for depicting the body as a machine and in doing so showed off a simple and assessable way of understanding anatomy. For Darjeeling’s Homo Machina, the hook comes from taking Kahn’s idea further and thinking of it as a puzzle.

The end result is a 2D puzzle/exploration game filled with riddles that take place inside a figurative human body resembling a huge industrial machine.

Puttin' on the Fritz

One of the more personal hooks for Homo Machina's 10-person team came from bringing older ideas to newer audiences.

We wanted to make something in which you could recognise the style from the 1920s, but also something modern and very contemporary

“We liked the idea of expanding the work of Fritz Kahn on another medium,” says Lustigman. “To raise awareness of an artist that who fell into oblivion after WWII was a source of excitement for us.”

While modernising Kahn’s work in the form of a game brought a timelier interpretation to his work, the idea of it as a puzzle is something Lustigman found rooted in Kahn’s piece Der Mensch als Industriepalast, which translates to Man as Industrial Palace.

“When you see the image you can see the potential of the puzzles,” says Lustigman. “It’s very complex as he is representing the body as a giant industry with a lot of mechanics and a lot of complexities. So the puzzle inspiration comes directly from that.”

Inevitably, in creating a game based on another's historical work a series of creative challenges arise. For Darjeeling just one of them came from keeping Kahn’s intentions with his work intact while adding a modern spin visually.

“We wanted to make something in which you could recognise the style from the 1920s, but also something modern and very contemporary,” said Lustigman.

“We didn’t want to step away from the work of Fritz Kahn or have something that wasn’t really relevant with what he was doing, graphically speaking and also by the meaning by what he wants people to learn about his heart.”

Additionally, past the visuals of Kahn’s work also lies its meaning, which involves a balancing act of making scientific information accessible to a perhaps casual audience.

“The main intention of Fritz Kahn is to take some very complex knowledge about science and make them easy to understand graphically, with the visual he proposed to the audience,” Lustigman explains.

“So by extension, it has to be something a bit naïve and a bit funny and easy to understand for both children and adults.”

We’re not making free-to-play or freemium games, we don’t really like them.

Homo Machina’s primary vehicle for adapting scientific information in a fun way is through visual metaphors. As you load into the game the human brain is represented as a boss’s office with the suited figure barking out orders to the rest of the body, which is presented as an industrial factory.

“When we were into the conception of the game we were thinking a lot about the analogies and the metaphors that Fritz Kahn was using,” Lustigman tells us.

“His work is based on metaphors and analogies like comparing the vision of an eye with a camera. So when he puts the two things aside, you can see the similarities and see how the eye works.

“So for us, the challenge was to find the right metaphors between the body and industry and to find the ones that are easy to understand, are funny, and which we can them implement some cool gameplay.”

A mechanic anatomy game with heart

For Darjeeling, the decision to go premium may risk going against a trend of free-to-play, but it could well be a gamble worth taking to maintain the studio's vision of what it would like its game to be.

“I think it’s very tough; it’s kind of a jungle. We’re not making free-to-play or freemium games, we don’t really like them,” Lustigman reflects on the current mobile market.

“If you are an indie and you are making an indie game, I think it’s becoming very difficult to lead from the heart, where it may have been easier five years ago.”

Ahead of Homo Machina’s release on May 17th Lustigman is confident that the game will find the resonance with its audience that the studio sets out to do.

The title has already enjoyed some recognition and recently won Best Mobile/Tablet Game at the 2018 Game Connection Development Awards in San Francisco, along with a nomination for the Gamer's Voice: Mobile Game award at SXSW 2018 and the 2018 A.MAZE Awards.

For Lustigman though, players' engagement with Homo Machina at the various festivals provided a bigger cause for optimism, as he paints a picture of parents explaining the game's body metaphors to their children, with the youngsters answering in-kind with explanations of the game's mechanics.

“Some people might think that video games are for gamers and classical types of arts are for another type of person,” Lustigman says.

“But I think this game can become proof that we live now in a world where everything is mixing and there are no boundaries between arts like film, art and video games.”

You can check out more interviews from our Indie Spotlight series here.