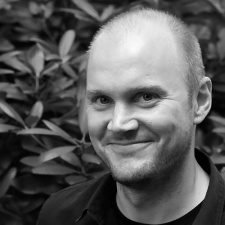 The company aims to use the investment to expand into new markets such as Asia and onto new platforms. It also plans to hire new staff at its offices in Malta, London, Seville and Copenhagen.

The investment round was led by Accel and includes Makers Fund plus angel investors such as Paul Heydon and David Helgason.

The publisher has released titles such as FRVR Basketball on Facebook Instant Games. That title has generated 5.6 billion game plays since its release in 2017, with 51.8 billion balls thrown.

In total FRVR has released 32 titles to date and currently has another 19 in development.

“We have been fortunate to have been in the market with the right product and the right timing, giving us a leading position in the post app store world - but the consolidation of these new channels is happening at an amazing speed,” FRVR CEO Brian Meidell told PocketGamer.biz.

“Funding allows us to expand on our existing success, as well as pursue new markets and channels with all the speed and aggression we have been building towards.”

With the arrival of Facebook Instant Games and WeChat Mini-Games - Snapchat is also rumoured to be developing a games platform - the chat app gaming space is heating up considerably.

Though currently existing within the app store ecosystem, the platforms could one day perhaps threaten or at least spur on changes in the current app store setup on mobile.

Meidell called these chat app platforms like Instant Games “the next paradigm shift” in game distribution and content discovery. He added the app stores are consolidated and it has become expensive for developers and publishers to gain visibility.

“Organic content discovery is difficult when there is a lot of content, and you often get ‘one size fits all’ top lists or curated store fronts,” said Meidell.

“These new channels are built on top of platforms that are inherently social and/or focused on personalised content discovery. That is the future of finding out which game to play. People already have all their free time packed full of entertainment.

“Platforms like Facebook Instant Games lets you sidestep the problem of trying to pull people away from Facebook and into your mobile game, by bringing your game directly to the player inside of Facebook, where they already decided to spend their time.”

Meidell added that the company currently does “very well” on Facebook Instant Games and receives a positive return on investment purely from ads.

He declined to comment on Facebook’s revenue split on Google Play, which combined with Google’s leaves developers with a 49 per cent cut.