Jobs in Games: Space Ape's Johnathan Rowlands on how to get a job as a product owner

"Ultimately though, my role distils down to making sure we deliver a great experience, every single week, to our dedicated and loyal community" 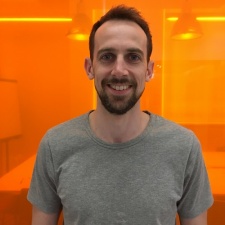 Much like the old African proverb that it takes a village to raise a child it, too, requires a collection of differently skilled individuals to build and support a game.

Professions can vary from art and design to coding and community management, with everyone playing a vital role.

PocketGamer.biz has decided to reach out to the individuals who make up the games industry's eclectic cast to find out how they got there, what they learned and what they want you to know about getting into their field.

This time, the spotlight is on Johnathan Rowlands, product owner of Rival Kingdoms at London-based mobile games developer Space Ape.

Johnathan Rowlands: I’m the product owner of Rival Kingdoms, a game we launched in 2015; I’ve been working on the game since early 2017.

As a product owner, I’m responsible for everything related to the game, from feature development to team health to financial goals.

It’s one of those roles where I really will be doing something different every day and most days tend to play out completely different than I’d expected at the start of the morning.

A product owner isn’t a well-defined or static role and it changes based on the project, the team and an individual's own specialisations.

Something I love about Space Ape is we work in small teams, typically between four and 12. This means as a product owner you have to be hands-on and willing to fill any holes in the group.

A product owner isn’t a well-defined or static role and it changes based on the project, the team and an individual's own specialisations.

A typical week could see me working on a feature design, balancing the economy of a new piece of content, reviewing that weekend’s event, reading and reacting to feedback from our community, presenting our plans to our platform partners and looking at all sorts of charts and graphs to make sure our game and community are healthy. To name just a few!

Ultimately though, my role distils down to making sure we deliver a great experience every single week to our dedicated and loyal community. When we fail to do this, I’ve failed in my role as a product owner.

Space Ape has quite a few people who came to the games industry via unusual routes and I’m one of those.

After graduating from university, I worked for eight years in the banking industry as a credit trader, which mostly involved shouting into several phones at once and clicking buy or sell every now and again.

With my 30th birthday looming, I decided it was time to try something else.

What followed was a fortuitous, unrepeatable sequence of events, which ended with me sitting down for lunch with the commercial director of Kuju Entertainment in London.

He started the lunch by explaining he had no roles to fill and ended it by offering me a contract helping them launch their first mobile title (thanks Gary Bracey!).

From there I moved to Space Ape as their market insight analyst, a title I think they made up the day I started.

It was the perfect first full-time role in the industry and gave me a taste of pretty much everything, including feature design, playtesting, market analysis and everything in between.

From there I progressed into my current role. At this point, I’ve been working in the games industry for under four years and feel very fortunate to have been able to do so many different things.

Space Ape is incredibly progressive in how focused they are on individual development. If you’ve demonstrated the ability and interest in doing a role, they will give you the opportunity.

That resulted in me progressing through three roles in three years.

Data is increasingly important in the industry, not just on the mobile side.

I studied Computer Science at University and while it didn’t directly translate to getting me a role in the industry, it was certainly instrumental in teaching me some of the skills I use on a daily basis.

It also helps that I can follow at least some of the technical discussions that take place between the developers on the team.

Data is increasingly important in the industry, not just on the mobile side.

It’s essential for a product lead to be analytical and comfortable understanding and working with numbers.

Any course that helps you learn these skills is useful. The product owner role is such a generalist role no one course will give you all the skills you need.

It’s more important to adopt the attitude of constant self-improvement. I try and read as widely as I can to compliment my formal education with the skills I need to excel in my role.

Over the past few months, I’ve dived into subjects like behavioural economics, game design and management strategies.

It’s hard to pick just one.

It’s always a huge challenge balancing the many competing priorities and voices; do we build this awesome new feature we know our players will love or fix these annoying bugs that are frustrating them?

It can be exhausting when the team struggles to reach a common conclusion but it’s a great intellectual challenge.

Weirdly, sometimes I go home feeling the most satisfied after we’ve just handled a disaster that may have occurred.

With a live game, which is updated weekly, things do sometimes go wrong, from bugs we’ve accidentally introduced to infrastructure letting us down.

When this happens, every minute counts and there is normally no ‘right’ way to solve the issue.

Calmly working through the options and executing our plan of action is something I find thrilling.

Seeing a concept go from an idea to something millions of players can play with is a uniquely fulfilling experience.

It’s what almost every day was like as a trader, so I shouldn’t be surprised it gives me a kick. Though I would rather we never had any live issues, obviously.

If I had to pick just one though, it would be seeing one of my ideas get into the hands of players.

By the time it gets to players, it is no longer a single person's idea but a mix of everything the team is passionate about. It’s been refined, honed and iterated on and the final feature is often quite different, but better than the original idea.

Seeing a concept go from an idea to something millions of players can play with is a uniquely fulfilling experience.

It took me a while to work out that no one is an expert in making games, and anyone calling himself or herself an expert should probably be avoided.

Of course the more experience you have the better your chance of using pattern recognition to increase the probability of making a successful decision.

I joined expecting to be taught how to make great games, and so held back contributing ideas, feeling a bit intimidated that I didn’t have the experience to contribute.

No one knows what will and won’t work. We make our best guess based on experience and try it with players or internally, only then will we know how successful the idea is.

The first is that you don’t have to have a games degree and be a recent graduate to get a job in the industry.

There are plenty of examples just at Space Ape of people making the switch to creating games from other professions beyond their 20s.

A producer for a two-hundred-person team is going to be a very different role to a product owner with a team of ten.

In fact, both our CEO and COO worked in different fields before starting on their journey in the games industry.

A complete and absolute passion for games is the one defining characteristic which ties everyone together at Space Ape and I think is necessary for someone to be successful. Demonstrate that passion as best you can when applying for any role.

Play lots of games of all types, read around the subject, watch talks from industry conferences (GDC Vault is full of excellent free resources).

This will give you the ability to talk around games beyond just as a player.

If you are trying to move from another industry, it’s especially important to demonstrate that passion whenever you can.

As an example, I cut my honeymoon short by three days and put in 40 hours of work over a weekend to complete my final Space Ape interview task. That show of dedication worked as I got the job!

Finally, just dive in and don’t be intimidated. Lean on your existing relevant skills.

For example, my first role was to do data analytics, which I had no idea how to do. But I thought with my computer science background I could probably pick up SQL and be useful.

Within a week I was able to start delivering useful insights from players to the development team. There is almost certainly a way you can start contributing from week one, think about what that might be and just go and do it.

From the world's top Clash of Clans player to game dev: Space Ape's George Yao on getting a job as a product manager