Facebook director of games partnerships in Europe, the Middle East and Africa Bob Slinn on ditching the revenue split on Android 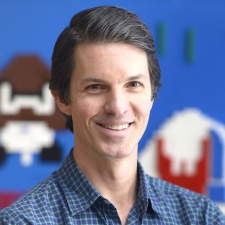 Revealed back in May of this year, the original pitch saw Google Play take 30 per cent of purchases made on Android devices with Facebook taking 30 per cent of what’s left.

The proposal effectively meant that developers took home a 49 per cent share of IAP revenue though Instant Games on Google Play.

Speaking to PocketGamer.Biz at Gamescom, Facebook director of games partnerships in Europe, the Middle East and Africa Bob Slinn explained that after some thought the social media giant has decided to reshape things to better accommodate its games developers.

When the latest update goes live August 1st, Instant Games devs will earn the full amount of Android IAP revenue after Google takes its cut, which will be 30 per cent.

Facebook, on the other hand, will receive 30 per cent instead of Google For web versions of Instant Games on Facebook.

“Our previous focus, from really the beginning, and of any gaming platform is we want to make sure that our partners involved are successful regarding finding an audience and also building a business,” Said Slinn.

“So when we announced the IAP back in May the goal really was always to create stronger commerce for developers.

“So we did some initial testing and we made the decision to increase the rev’ share on Android for the developers, so they keep 70 per cent and 30 per cent goes to Google directly.

“The goal is for developers to be able to build and scale games profitably.

"In conjunction with that, we’re scaling and opening up the click-to-play experience for ads as well, so developers can start to find those valuable users, in addition to the audience they’d find on the platform itself, and then really start to scale and build businesses.”

As a part of the August update, Facebook has also launched IAPs for Instant Games on the Facebook mobile app alongside an open-beta for click-to-play style ad units.

The latter will allow devs to select Instant Games within App Install Ads to build ad campaigns and acquire new players across Facebook and Messenger through a click-to-play experience.

The blip aside, Slinn looks back favourably on Instant Games journey, with its second anniversary coming up this November.

“It’s been a lot of fun, we’re still very early in the journey but I’ve been working on it since it was really just an idea internally when we were trying to figure out how Facebook could have more of a presence in mobile gaming,” Slinn told us.

The stats behind Instant Games near two-year stay are also a cause for optimism for Slinn, as over 800 million people are currently clocking in to play at least one Facebook-connected game every month.

Instant Games has also seen 4.3 billion game sessions in the past 90 days, which is an increase of over 2.5 times from what it was in March 2018.

While Slinn had nothing to share regarding when in-app purchases for Instant Games would drop fully on iOS, he says Facebook is busy in other areas helping developers monetise in more ways and helping their visibility.