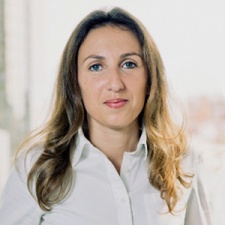 Viewed from a US and European perspective, the world of mobile app stores is a simple Apple-Google duopoly.

That’s isn’t the case elsewhere in the world, though. Notably in south east Asia and parts of Latin America, iPhones are too expensive while the Google Play store is either banned or has been superseded by more nimble alternatives, often because they offer more flexible local billing.

One of those is Aptoide.

Based in Portugal, the decentralized Android app store claims over 200 million users, mainly recruited through its white label and API deals with telecom companies and handset, TV and set top box OEMs.

“It wasn’t easy when we started out in 2013 but we now provide curated content to over 60 companies,” explains Carolina Marçalo, previously Aptoide’s head of partnerships and business development.

As with many advertising-lead business models, however, even operating at this scale has proved difficult in terms of finding a balance between direct IAP monetisation and indirect advertising. Of course, Aptoide features a sponsored apps section, which runs on a classic CPI basis, but in its key markets, even if they have access to more flexible payment methods such as prepaid cards, users have very little inclination to buy IAPs.

Blockchain makes sense. It’s a billing system that provides an open protocol for all thirdparties to use.

“Monetisation is a problem both in terms of users converting, and the complexity of all the different billing SDKs developers need to support,” admits Marçalo.

“That’s why we came up with AppCoins.”

As is often the case in the blockchain world, AppCoins is a separate company to Aptoide but closely aligned through the App Store Foundation, of which Marçalo is now the executive director.

Officially launching with a one-day conference in Lisbon, Portugal on 5 November, launch partners include India-focused Mobile Streams, Philippine operator Cherry Mobile, and Aptoide, with more in talks to join.

The goal of the Foundation is to bring together mobile content developers and publishers, OEMs and app store operators in a synergetic ecosystem which uses the AppCoins token - an ERC20 token called APPC that runs on the Ethereum blockchain - as its payment system.

“Blockchain makes sense. It’s a billing system that provides an open protocol for all thirdparties to use,” Marcalo explains.

In this way, developers who integrate the technology can distribute the same APK file wherever they want to rather than having to create separate builds for each local billing system.

AppCoins circumvents the issue of how to get unbanked users to spend money by letting them earn it.

More significantly, AppCoins becomes the in-store currency used both for IAPs and running advertising campaigns. Indeed, one of the key elements of such blockchain tokens is the seamlessly way in which advertisers can incentivise users directly with APPC tokens, which users can then spend on IAPs within the games they’re playing.

Creating the flow of value

This sort of circular economy solves many of the problems Aptoide previously experienced, particularly as it circumvents the issue of how to get unbanked users to spend money by letting them earn within the platform in which they’re going to spend.

Neatly AppCoins also stops users cashing out their rewarded APPC tokens to fiat currency as happens with most blockchain projects because it converts the ad tokens earned into a non-transferable version called AppCoins Credits that can only be used for IAPs.

Of course, no solution comes without its challenges, which in the case of most blockchain projects is explaining how a token wallet works. AppCoins has its own separate wallet app, the AppCoins BDS wallet, which must be downloaded for the system to work.

Aptoide has already integrated this into its IAP flow, though. Currently you can use your credit card to buy APPC, which are then directly converted into the in-game currency required to complete any transaction. Clearly this is something of a placeholder until players can start earning APPCs but at least it shows the process works.

Meanwhile to encourage developers to sign up to use AppCoins, the App Store Foundation is running a weekly incentive program, in which 125,000 APPC tokens (worth around $10,000) are distributed among participating developers.

Fortunately, AppCoins has plenty of marketing funds as it completed its fundraising ICO in the boom times of the cryptocurrency valuation bubble late in 2017, raising $18 million.

Marçalo says that’s enough to build out and launch the technology. Her challenge in 2019 will be onboarding enough developers and users to ensure AppCoins fulfils its potential and scales into the vibrant ecosystem originally envisioned.

You can find out more about AppCoins via its website and get more details about the App Store Foundation here.