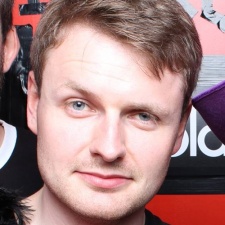 Crunch Brexit talks are underway right now as the UK races to strike a deal with the European Union on the nature of the country’s departure from the block.

It’s still unclear what will happen despite reaching the 11th hour in negotiations that have rumbled on for nearly two years. Prime Minister Theresa May is pushing for a ‘soft Brexit’ with the Chequers deal, but a failure to agree on terms with the EU will likely result in the UK simply crashing out for a 'hard Brexit'. The consequences could be significant.

And that’s just dealing with the EU. If there is an agreement reached, such a deal still has to be rubber-stamped by parliament.

With Theresa May facing a rebellion from her own party - both those against Chequers but wanting a hard Brexit, and those that want a second referendum vote - the road ahead for any agreement with the EU remains a rocky one.

In any event, the ramifications on the life of people in the UK - and those within its games industry - are serious, as this report by Games4EU outlines.

We caught up with one developer, InnoGames implementation manager Thomas Cartwright, about the impact Brexit has had on his life over the last two years.

While now the German government has made it clear that no British ex-pats need worry about their status within Germany, it was not clear for a while.

A UK citizen, he previously studied and worked in Oxford. Since 2009, he’s largely been working at various companies in Hamburg, joining InnoGames in 2013.

Though living in Germany at the time of the EU referendum - a country he remains in - he describes his initial reaction to the Leave vote as “afraid”, leading him to chase Irish citizenship.

“The problem was - at that stage - the complete legal basis for staying in the place I consider home was suddenly brought into question,” explains Cartwright. At that time, the status of EU citizens in the UK was being used as a bargaining chip in early negotiations - which could have had ramifications for British expats.

“While now the German government has made it clear that no British ex-pats need worry about their status within Germany, it was not clear for a while.

“This complete lack of clarity is what led me to take the Irish citizenship: I didn’t want to leave my fate to chance - or even worse, leave it to politicians."

As a games industry professional, Cartwright says that while he can continue to live and work in Germany, it’s still unclear if UK citizens already living in Europe will be able to move to work in other EU countries going forward quite so easily.

“I felt that I was less valuable to EU companies than an equally qualified French or German person due to the complexity,” he states.

“Though that might not apply to all companies - I know that InnoGames is preparing to offer all support possible to help British and other non-EU developers live and work here, even after Brexit, but it’s still more hassle for absolutely zero gain.”

After getting his Irish passport, Cartwright describes himself as a “plastic paddy”, having only been to Dublin once. Whilst he did still feel ‘Irish’ due to his heritage, following nearly 10 years in Germany he felt a closer relationship to his new home and so applied for German citizenship.

I felt that I was less valuable to EU companies than an equally qualified French or German person due to the complexity.

Cartwright was successful in his application, with the news celebrated by a party at InnoGames.

“I want to not only continue to live here but also take full part in German society,” says Cartwright.

“InnoGames helped with that, too, with language courses and so many events that introduced me to the best of Germany.

“But I would have taken German citizenship sooner or later - Brexit gave me the kick I needed to actually do it - not least because if I had waited until afterwards, I might have been forced to give up my British citizenship.”

Cartwright has helped several colleagues apply for Irish and German citizenship, but concedes that “most don’t have those opportunities”.

He also believes that while companies like InnoGames take pride in their international teams and will do their utmost to attract talent from any country like the UK, “there are so many more smaller indie studios that simply won’t have the resources to do that”.

How to get a job at Forge of Empires developer InnoGames