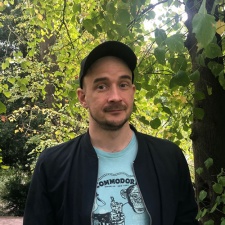 The mobile market's greatest appeal is also its biggest hurdle. With ease and accessibility at an all-time high, the market has become oversaturated as a result.

The powers at be are aware, with Apple and Google making some efforts to highlight the smaller developers, but it remains increasingly more difficult to thrive as an indie all the same.

To top it all off, cloners are rampant and looking for any innovative design to rip off.

The sting is felt most by the indies of the medium, so we've made our own efforts to highlight what these developers are getting up to in our Indie Spotlight series.

Of course, it being our UK Special for the next two weeks, what better a time to look into what some the indies in the UK are getting up to?

This time we caught up with Quite Fresh's Stefan Åhlin to talk about working in the UK and his upcoming roguelike deck-builder Void Tyrant.

Stefan Åhlin: I started out about 12 years ago making pixel art for mobile games from my student flat.

Pretty quickly I wanted to design games of my own, so I learned ActionScript and put out a few games in the Flash games scene.

Making enough money to pay the bills was pretty tough so after a couple of years I moved to London for employment.

I was lucky enough to work for many years as an artist for Nitrome and later King. During this time I was still experimenting with coding and game prototypes in my spare time.

In 2015 I took a chance and left my employment to have another go at indie life.

Tell us a bit about Void Tyrant, how’s it coming along?

Void Tyrant is a roguelike deck-builder. You make your way through a series of worlds where you’ll encounter monsters, allies, merchants, traps, shrines, treasures and bosses; constantly building your deck as you progress.

Combat is resolved through winning rounds in a game with rules similar to blackjack, using a combination of drawing dealer cards and playing hand cards. Monsters will fight back, playing their own hand cards and using their own strategies.

Currently, I’m working on fine-tuning flows and the user experience and adding that last chunk of content to make it a big and varied game.

What have been the biggest challenges you've faced with it and how did you overcome those challenges?

A constant design challenge with games of this type is unwieldy random numbers.

A constant design challenge with games of this type is unwieldy random numbers.

I’ve put in lots of work on getting the balance right and making sure players always have many options and can stay in control. Rigorous testing and feedback rounds have helped immensely and informed a number of systems designed to avoid players getting into unfair situations or dead ends.

However, the single biggest challenge has been to simply finish such a big game.

I had another experienced mobile game designer involved in development early on, and I received prototype funding from UKGF which made it possible to make a very sophisticated foundation and pre-alpha demo.

And finally, Armor Games is publishing the game and has been a huge support in countless ways.

When can we expect it to hit app stores?

Void Tyrant is in the latter stages of development and will be released in 2019.

With the volume of releases it is a pretty tricky place for indies, but then again, all game markets feel risky these days.

Our best bet as indie developers is to make interesting games that stand out from the big studio games, offer more depth than the ultra casuals, and that are purposefully made for the mobile format.

If you’re willing to, there are also many opportunities to work with publishers that can fill gaps in the capabilities you have as a small indie.

What’s your view on the UK as a place for indie games developers right now?

For the last three years, I’ve had a smooth experience with Quite Fresh.

The paperwork around running a business is easier than many other countries, there are grants and other support to apply for. And with a big games industry, there are lots of opportunities both for collaborations and for taking on contract work between projects.

I do worry about the future and how all this might change in the coming years, given current politics.

What’s your outlook for the future of the UK games scene?

I do worry about the future and how all this might change in the coming years, given current politics.

If the UK fails to remain attractive as a place to be, whether you’re a hobbyist, a tiny self-employed indie, or a big global studio, the scene will suffer greatly.

Always make sure you can afford some failure, while only spending time on games that have good potential to make money.

But don’t let that dictate everything - for the game to stand out it needs to have personality, and you also have to be deeply interested in the project to maintain your own motivation and energy levels.

As an indie, your biggest strength is that you’re free from the friction of working with the huge targets of the bigger studios, so you have a lot more freedom in what you make and how you make it.

Use that opportunity, rather than mimicking what the big ones are doing.

The conference will play host to a string of tracks, including the indie-focused Indie Track, which will feature speakers from the likes of Nerial, Fingersoft, Gismart, Dodreams, Lucky Cat Studios, Psytech Games and more.