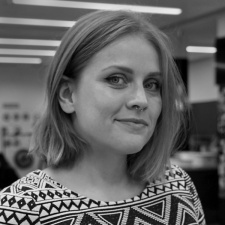 Capeleto led the UI team for Hoplon, one of the most ambitious companies in her homeland, Brazil, before falling in love with the quirks and intricacies of mobile game design and joining Space Ape Games.

At Pocket Gamer Connects London 2019, she'll be delivering a session entitled 'The Pain and Pleasure of F2P UI Design'.

PocketGamer.biz: What topics will your session cover?

Lissa Capeleto: Free-to-play mobile games can be tricky beasts to deal with. As UI Designers, we need to balance what's good for the product, using KPIs such as retention and conversion; and what's good for our players, making sure we avoid dark patterns and cognitive overload.

While challenging (and sometimes painful), free-to-play mobile games are some of the most interesting projects to tackle, due to their complexity and scale.

In this talk I hope to share some of the reasons why I love working in this industry, and a few tips on how to deal with its highs and lows.

Can you tell us a bit about the company?

Space Ape Games is a game development studio with a clear mission to make the best mobile games out there. We’re a bunch of passionate, creative people and we’re structured in many different small teams.

In this talk I hope to share some of the reasons why I love working in this industry, and a few tips on how to deal with its highs and lows.

Each team has a lot of control over what game to make, how to make it, and most importantly, when to kill a project that’s stuck.

I’d say one of the greatest things about Space Ape is this culture of sharing knowledge and tech, not just within the company, but outside as well. We like to engage the game development community through events, streaming and even online masterclasses. Oh, and we’re also backed by Supercell!

I’m a UI Designer, which means I’m the person in charge of how a game’s interface looks, feels and behaves. This means the buttons, controls, screen layouts and gestures a player would use to interact with a game.

Any UI Designer at Space Ape is also empowered to lead the UX direction of a project, working closely with our product leads. We advocate on the player's behalf so they can have an honest, accessible and delightful experience when interacting with our games.

This means we take care of everything in the spectrum of UI development, from UX research (which includes user testing, for example) to implementing and animating our interfaces in Unity, and also working closely with the art lead to develop unique visual styles for our UI.

I've always wanted to work with something I was passionate about. I've been all kinds of nerd since I was five years old and my interest for literature, comic books, games and illustration led me to study Graphic Design at university.

For a while I focused on things like writing for comic books and webcomics and I really thought that would be the career I would pursue. Even though gaming was a huge part of my life, I considered it to be just a hobby.

The leap to game development came as an internship opportunity while I was still studying, and I had a eureka moment when I realised I could actually work in games development as a graphic designer.

Always create stuff! Whether you’re an artist, a designer, a coder, the number one most important thing you need to do, is create.

In the beginning, this might even mean copying things, recreating art or code, getting inspiration from the people and games you like. That’s okay! Anything to get your creative juices flowing.

Just make sure you’re prepared to start your own creations and put those in your portfolio. I’d rather see just one piece of solid design than 20 different pieces of low quality.

A light has been shining over the industry recently and though it has highlighted some of our darkest sides, I think it’s important to acknowledge that and learn from it.

I'm a relentless optimist, so I hope the trends continue to be diversity and accessibility.

A lot has been said about the sexist and racist “bro” culture some game studios have (and that I'm privileged not to witness first-hand, since Space Ape is very welcoming and diverse), something that still keeps women, people of colour and other minorities away from the industry.

We’re also more aware of how crunch time and overworking are no longer acceptable elements of games development and it’s great that more people are speaking out about it.

I think this means the industry is growing up, really. It needs to become more mature, and for that to happen, we need to look at the ugly stuff that lies underneath, to let the beautiful things shine through.

I'm a relentless optimist, so I hope the trends continue to be diversity and accessibility. Diversity in the industry is already a huge part of our conversation, but it needs to become a habit.

Accessibility is still gravely under-served, but we're seeing massive improvements with some big names taking responsibility for it.

These are baby steps, but the fact we are talking about these things more often, and the fact we have increasingly more diverse leadership in games studios, games journalism and education, makes me even more optimistic about the future.

When I started, mobile gaming was still in its infancy. The iPhone had been released only a couple of years before, and while there were many free-to-play games in the app store, they weren't as self-aware as they are today.

Everyone was still trying to figure out what the ideal business model for mobile game dev was, and it would take another three years for the greats like Supercell or King to release their blockbusters Hay Day and Candy Crush Saga.

Back then I was focused on PC development, but I was already working with Unity3D, which was still kind of a gamble, and very limited, but it had so much potential.

A lot has changed in the technology we use, in the business models that we consider to be successful and in the kind of experiences we want to craft.

I love the indie game expo! I can’t wait to see what everyone is up to. There’s always some mind-blowing stuff coming from indie developers, so that’s certainly what I’m looking forward to the most.