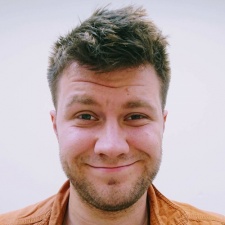 The mobile market's greatest appeal is also its biggest hurdle. With ease and accessibility at an all-time high, the market has become oversaturated as a result.

The powers at be are aware, with Apple and Google making some efforts to highlight the smaller developers, but it remains increasingly more difficult to thrive as an indie all the same

To top it all off, cloners are rampant and looking for any innovative design to rip off.

The sting is felt most by the indies of the medium, so we've made our own efforts to highlight what these developers are getting up to in our Indie Spotlight series.

Of course, it being our UK Special for the next two weeks, what better a time to look into what some the indies in the UK are getting up to?

This time we caught up with Cambridge-based developer Alex Johansson to reflect on the success of Corporate Salmon and why new title Shump doesn’t necessarily need to top that.

If you’d like to see more of Johansson, you can catch his talk on ads in games here.

Alex Johansson: I'm an app developer currently based in Cambridge, originally from Yorkshire. I've been building games for around seven years and of that sustaining myself commercially for the last two.

I've released three apps; Narcissus, Corporate Salmon and Shump, all arcade style games which are free to play with ads in. I've got a fourth hopefully coming out early next year, Break N Take, which is flipped Breakout with alien superweapons.

I also work with my partner Katy Marshall under the team name Installation Required to build arcade cabinets and run cardboard controller workshops. We’ve made Breach (a space twister asteroid defender), Detect and Inject (multiplayer medical madness) and most recently an arcade cabinet for Shump.

I'm also an educator, often running programming classes and controller design workshops across the UK. I got into building games after I blagged a job at a summer camp in upstate New York, setting up a department teaching kids to code.

Through four summers of teaching and over a thousand students through the doors, I eventually learnt how to build my own games with the tool Stencyl.

Shump released not too long ago, how’s the launch gone so far?

I had modest expectations for it going into launch week, but first-week downloads were 60 per cent lower than my previous game Corporate Salmon.

I had modest expectations for it going into launch week, but first-week downloads were 60 per cent lower than my previous game Corporate Salmon.

There's a variety of reasons for this. My choice of launch date (Halloween week slots got eaten up by bigger studios/Halloween related apps), the less casual nature of Shump (against Corporate Salmon's one button silly physics) and changes to the App Store over the last year (Pre-orders bought in a welcomed injection of downloads at launch.

However, similar feature slots worldwide bought in a fraction of the downloads.

It's the only game I've shipped this year, so the low uptick for what was my golden goose for 2018 has been a bit of a slug to the gut.

Having said that, the game has since passed 100k downloads (Free), iAPs have proved significantly more popular for the game than my previous titles (at a higher price as well), and the reviews from customers so far have been overwhelmingly positive.

What was the inspiration behind the game?

Building a satisfying vertical platformer can be hard on mobile with limited button space, so I looked to Shoot 'em Ups for inspiration.

Rather than the awkwardness of jumping between platforms, the focus became dodging enemies, leaping over bullets and keeping ahead of the ever-scrolling screen.

Things came together when I found its protagonist while doodling; A baboon with a gun on its head (BABOOM).

How long did you spend developing it?

My development process involves taking prototypes I've tinkered around with usually over a month and polishing them up over a six-month dev cycle.

What I've learnt over the last year since I've released Salmon is while releasing two games a year sounds reasonable, you've got to give yourself ample time to recover afterwards.

It's intense getting a game like Shump out on your own.

What have been the biggest challenges you've faced with it and how did you overcome those challenges?

There were points in the project where I struggled. There's always a point three-quarters of the way into each project I've done where I have to fight back feature creep and repeatedly revise the UI.

I think one of the biggest stigmas in the holding back the indie scene on mobile at the moment is putting ads in your games.

But on this one, the hardest part of the project is accepting that buck in the trend that every game doesn't necessarily need to make more/get more downloads than your last, and it's unrealistic to compare them.

I think one of the biggest stigmas in the holding back the indie scene on mobile at the moment is putting ads in your games.

Unfortunately, irresponsible practices by devs, large and small, have made ads toxic as a monetisation method.

It's not a fit for all games, but there's a lot of indies which would benefit from the model and could work to make experiences that are fair for customers.

I find the idea of developing a game with the monetisation considered from the start lot more compelling rather than just a number slapped on at the end.

What’s your view on the UK as a place for indie games developers right now?

I think it's definitely getting tougher, a couple of years back there was the Micropublisher boom and VR boom, but both of those have since fizzled out (And a lot of devs/studios that relied on them).

Things like the UK Game fund/Tax Relief are great to help companies, but for sole traders like myself, it's inaccessible, as there is a requirement to be a limited company to apply.

On the other hand, there are some amazing communities and events in the UK to help support growth in games development.

I find it promising what's happening up in Yorkshire; they have an incredibly welcoming community and some ace studios big and small, really great to see it becoming an industry powerhouse. Everyone helps lift each other.

What’s your outlook for the future of the UK games scene?

Not a clue, Brexit complicates things substantially, I make more money from exports since the pound is in the toilet.

There's also the fickleness of the trade, you can be top of the world one game but bankrupted the next.

But on the other hand, there are conferences around Europe I take my physical installations to which could be significantly harder to attend/send our cabinets to in time for conferences and EU funding, such as match funding for UK traders to attend events like GDC, is going to dry up.

Phew! Big question. First thing would be stating that what I suggest are just that, suggestions and (As demonstrated by Shump) aren't a sure fire way of guaranteeing success.

Take them with a pinch of salt and ask around. Beware of those who say they have all the answers.

There's also the question of what "Making it" means. There are devs with thousands of beloved followers on Twitter that struggle to make a buck and mobile devs who get hundreds of thousands of downloads but aren't necessarily renowned in any sense by that audience.

There's also the fickleness of the trade, you can be top of the world one game but bankrupted the next.

Here's what I usually suggest to graduates and early indies:

Diverse income streams: I've been building games for seven years, but of that time, I've also been deeply involved in education and the maker movement.

Teaching kids aged seven to 24 helped cement my programming knowledge and led to two years of employment at University level.

Building controllers for my games have bagged me free exhibiting space at a variety of games conferences and festivals around the world and made a niche name for myself.

These other areas gave me those extra streams of income to sustain development when getting started and also serve as a breath of fresh air from the apps I was working on daily.

Learn to program your own games: The tools are out there, don't feel pressure to jump to a tool like Unity to start with.

It can get incredibly hard to justify continuing as a developer to friends and family when you can literally be building something for months or years without making a dime. Hang in there.

Stencyl was a lovely fit for me and served my needs. Ignore tool snobs, I've exhibited flash games at some of the biggest games conferences in the UK, and nobody was any the wiser.

As long as the game is good and developing it retains your interest in games, that's all that matters.

Get a notebook: Life flings ideas your way every waking moment, having a sketchbook to offload thoughts, scribble down solutions when away from your computer and improve your drawing skills are extremely useful.

Find communities: Developing solo can be lonely, find a group of people you can get advice from or just chat over a pint.

I have a Skype group with developers who I chat with daily, a hackspace that I work from surrounded by people and a local developer meetup once a month.

Make sure to meet people outside of games too! Get them involved with industry events as well, the more minds getting into games from outside of industry circles, and the more exciting games will become.

Look after yourself: I just spent the last four days exercising, having long baths, cooking nice food and restricting my access to devices.

It can feel like you're wasting precious days of development time, but failing to look after yourself now means the potentially hundreds of games you'll make throughout your life will shrink. This industry eats people.

Finally, it's going to be rough until you start making money from your games. Not in an eating 12p ramen noodles sense. Don’t do that.

But it can get incredibly hard to justify continuing as a developer to friends and family when you can literally be building something for months or years without making a dime. Hang in there.

Shump is available on iOS now.

The conference will play host to a string of tracks, including the indie-focused Indie Track, which will feature speakers from the likes of Nerial, Fingersoft, Gismart, Dodreams, Lucky Cat Studios, Psytech Games and more.

How Studio Fizbin's Say No! More digs into our 'absurd, rotting relationship with work'