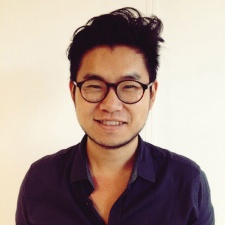 Herdjie Zhou: Lucky Kat makes mobile games with pop-culture influences. We have worked in the past with celebrity internet cats and famous rappers like Souljaboy.

Making sure we have a great company culture and that our games are played by people all around the world.

I had a life-changing event at the end of 2014 where I survived a cardiac arrest. I've always wanted to start a game studio together with my brother, who is a developer. And we did.

Focus on execution and make smaller games to start with. You'll learn very quickly every aspect of what is needed to become a success in the mobile games industry.

2018 has been a mixed year for mobile indie developers. We have seen the rise of some small development teams who got a publishing deal with hyper-casual publishers like Voodoo, Ketchapp etcetera reaching the top of the charts.

However, it is also more difficult to get visibility on the app stores as an indie developer who self-publishes.

As the impact of featuring on the app stores has been less than just a couple of years ago, we will see indie developers who self-publish and either:

I'm looking forward to meeting all our partners who we work with.