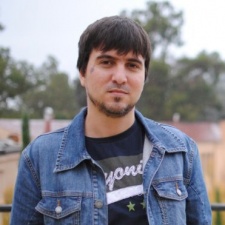 Part of the Photon Quantum (deterministic predict/rollback multiplayer engine) core team of developers, Passos is a former computer science professor with a background in light field displays and software engineering.

Erick Passos: Founded in 2003, Exit Games are the developers of state of the art realtime multiplayer solutions like Photon Realtime, PUN, Bolt and Quantum. Besides SDKs, Exit Games also runs the Photon Cloud service, a global scalable turnkey infrastructure to host games based on any of Photon SDKs.

Because of the challenges and the great satisfaction that comes with overcoming them. This ranges from finishing and shipping a game to now being able to give other game developers the right tools to achieve their goals.

Being persistent and smart is the most important, but also pay attention to never underestimate how much a solid foundation can help you (being it in programming or art training)

It's been a very intense year with the release of Photon Quantum ECS engine and all the games that have been in the making since then (that I can't still talk about).

Outside of our nest, we've been closely following the trends on high-performance programming, content distribution (game store newcomers like Discord and Epic) and online real-time multiplayer dominance on mobile platforms.

More and more studios jumping in the trend of fast real-time multiplayer games on mobile platforms. Essentially a complete dominance of real-time online multiplayer on mobile (as it's already the case on other platforms).

It's been a roller coaster ride since the advent of mobile asset stores, the rise of Unity as a major game engine, the rise, fall and consolidation of indie games as a significant part of the market. Just nice to know we're part of it all.

Meeting the game development teams, current and prospect customers. Always nice to catch up with the latest technical trends and challenges to come.