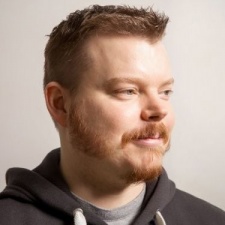 At PGC he'll be joining the panel 'Growing Pains – Moving From A Handful Of Entrepreneurs To A Company'.

PocketGamer.biz: Could you tell us a bit about yourself?

Ville Rauma: I've been in games for over 10 years mostly in game/backend/lead programming roles. For the past five years I've been working for Fingersoft and last two I've been the COO.

Could you tell us a bit about the company?

I'm basically in charge of keeping the company running and on track. The two most important questions I have to keep answering are: What do we do around here? And how do we do things around here?

Well, I basically started playing games at around age six or seven with the C64. One of the things I did was try to make sense of the stuff in the manual which had some very simple game code examples in it.

I wrote those to my C64 and managed to get some working even though I didn't understand them. So I guess I had the desire to make games very early on.

Just start making games, these days it's very easy to get started by checking out the tutorial, there are tonnes of free tools and game engines.

Depending on what area interests you most, I'd also study related subjects in school/university or just online. Like for example for a programmer, mathematics and physics skills make things so much easier.

Some large scale screw-ups like the Blizzard mobile announcement thing. But on the other hand some huge successes like Empires & Puzzles and Brawl Stars. So it's been an interesting 12 months.

Esports is growing steadily so there's that. Also to me, it seems that a lot of game genres are experiencing deepening of gameplay mechanics as competition gets more fierce all the time and players keep learning and wanting more.

Well to start with there really wasn't a lot of mobile games development going on when I started. Everyone was doing either PC or console games. So when the iPhone dropped and got huge it changed everything.

On another level, the industry has gotten much larger and more mature especially in Finland where I'm based. And it's so cool that the Finnish game dev scene is so open and easy to access, that's something I never would have even dreamed about 10 years ago.

My panel of course! Other than that the best part is of course catching up with everyone and probably meeting some new interesting people as well.