Jobs in Games: Hutch's James Levick on how to get a job as a director of technology 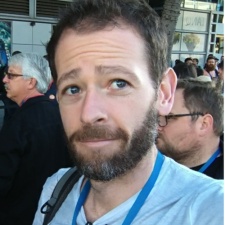 This article is part of our Jobs in Games Special.

This time we spoke with Hutch director of technology James Levick.

James Levick: I’m the director of technology at Hutch. This means that I oversee the technology strategy and engineering team of the company, including current and future technology choices and helping the programming team get everything they need to make the games.

My mum went to night school when I was a toddler to learn how to program so she could write an accounting package for my dad’s company in the early 1980s. You couldn’t just buy them easily then! She taught me BASIC when I was around five or six and I used to write my own games.

I oversee the technology strategy and engineering team of the company, including current and future technology choices.

After university I started a small company doing web application and database development, before a friend got me a job as a programmer at a start-up games studio in my native New Zealand.

Often you need a little bit of luck to get started in the industry and this was mine. He and I became the lead programmers on the project so I got to work on a broad range of features in quite a short time, which was really valuable for my career.

I moved to London a couple of years later to work at Sony London Studio; largely getting the job because I’d written a state-based animation blend tree system, which was quite new at the time (2006) and they were working on one themselves.

I also worked on Playstation Home, which turned out to be useful experience for understanding the free-to-play business model. This is by far the dominant model in mobile games and increasingly so for games on other platforms as well.

After several years there I then joined my former Sony colleagues who had founded Hutch. I worked on our early games Smash Bandits and MMX Racing before moving into my current role as the team has grown larger.

I always wanted to work in the industry, so I feel very lucky. At primary school I had to write a letter to someone who did the job I wanted to do when I grew up, so I wrote to LucasArts who made my favourite point-and-click adventure games at the time.

They wrote back to me asking me to send my CV in when I’d finished with my university course, so I must’ve done well with the letter apparently.

I chose all the technical subjects at school (maths, physics, IT) and then did a science degree in computer science, information systems (databases and systems design) and maths.

I’d really recommend getting the best grounding you can in programming/computer science, maths and physics.

I’d really recommend getting the best grounding you can in programming/computer science, maths and physics. In modern games there is now significant overlap with information systems, so learning about database design and distributed systems can be really valuable, particularly if you want to work in tools or in backend development.

Targeted games-specific courses didn’t exist when I was studying and they can certainly be a good way in, but a traditional computer science or engineering course will do you just as well - the industry moves very quickly so you mainly want a solid grounding in the basics.

I’m really nothing without my team so watching them build the games so well and learn and develop while doing it is definitely the most fulfilling aspect of my role.

They’re a pleasure to work with so I feel very fortunate. Being able to have played a small part in growing the company from around 10 staff when I joined, to over 70 now has been amazing and humbling.

And of course, seeing the games come to life, watching players enjoy them and feeling like I’ve been part of that is why I started doing this as a kid and that never gets old.

There is a bit of a residual idea that to be a 'real' programmer you just have to spend all your waking hours programming and not worry about anything else.

For the vast majority of professional programmers it’s more important to work well in a team, communicate well and have strong interpersonal skills.

This is particularly true in games, where you are working with a broad range of skill sets and disciplines every day and the creative process needs everyone to work well together.

On a related note, sometimes people don’t realise that programming, especially in games, is a very creative process - you can’t create fun without being creative.

That enforced crunch isn’t necessary or something you should have to put up with. This has been a big discussion within the games industry recently, in light of studio practices and media reports, which reveals that there is still a tendency to glorify crunch which I think is damaging.

I did several long periods of crunch when I was starting out and learned how much strain it puts on your health and relationships.

I did several long periods of crunch when I was starting out and learned how much strain it puts on your health and relationships.

As the industry matures and people have families and lives outside of work the industry needs to move on from the obsession with crunch and I think Hutch is particularly good in this respect.

No course will teach you everything you need to know in this field - you’ll learn that by doing. Write as many games as you can, all different types. No game is too simple to bother with when you’re starting out - you can learn as much from making a card game as a first-person shooter.

When I interview candidates I try to ask questions that will probe how much they’ve done outside of uni assignments, things like use of source control, debugging, common gameplay issues, audio, profiling and optimisation - things that aren’t often taught in much detail but will be familiar to anyone who’s made their own games.

Be persistent and don’t worry if you get rejected - you’ll get there!

Jobs in Games: Hutch's Matthew Pelly on how to get a job as head of QA and customer support

Jobs in Games: BoomBit's Matej Lancaric on how to get a job as a marketing manager and UA lead