Jagex's Cassia Curran on an international career in biz dev 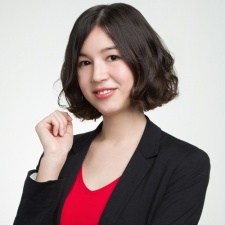 Here Jagex head of business development Cassia Curran discusses her role at the long-standing RuneScape developer and her path into the games industry.

She also tells us about what the team is doing to celebrate International Women's Day and how the studio wants to inspire the next generation.

PocketGamer.biz: What are you be doing with Jagex for International Women's Day?

Cassia Curran: We’re focusing on activities aimed to inspire more women to consider the games industry as a career.

According to the research we’ve looked at, having visible female role models is a really effective way to inspire young women to pursue a particular career, so we’ve made a video interviewing various women at Jagex.

In addition, at 5pm (Friday, March 8th), 15 female Jagex employees have volunteered to take part in a Reddit AMA where we’re answering questions about our careers and sharing advice on getting into the games industry, plus we’ll be tweeting out career profiles of our female employees.

Like many other UK games developers, Jagex wants to increase the amount of women who apply for our open roles; we want to show that we’re an inclusive and welcoming bunch, and highlight how awesome the games industry can be for your career.

Can you tell us about your current role at Jagex and what it entails?

I think it helps to be at the nexus of nerd and social butterfly if you’re doing biz dev in the games industry.

At Jagex I’m doing more generalised business development, which can involve sourcing games for our publishing arm, finding the right home for legacy games, seeking partners and platforms for our new projects, and working on M&A opportunities.

I occasionally joke that I get paid to play games and party. I definitely have to keep track of trends within the games market, which involves playing a tonne of games, and attending networking events is great as well for finding potential partnerships, so it’s not too far off… I think it helps to be at the nexus of nerd and social butterfly if you’re doing biz dev in the games industry!

What did you study (if anything) that helped you get into games? What courses would you advise for aspiring professionals interested in your areas of expertise?

I studied Japanese at Edinburgh & Waseda University, which has definitely been useful for me working in the games industry, but didn’t directly get me into the industry.

Probably a business course would be best, but really you need a lot of entrepreneurial spirit, a passion for games, strong analytical abilities combined with great communication skills and a willingness to work hard.

Where did you get your start in games and how did you progress into what you're doing now? Is this something you ever imagined yourself doing?

I had a lucky break when I was studying in China – I got to know the CEO of a huge gaming company who needed a native English speaker based in China to work in investor relations, as the company was listed in the US.

After doing that for a few years I transferred into the international business development team, which was working on bringing Western games into China. With them I negotiated several publishing deals for mobile games, including The Trail and The Room series, to be published in China.

I’ve always played games a lot, but it absolutely never occurred to me as a career, even though growing up in leafy Wimbledon I had the Eidos office of Tomb Raider fame around the corner from where I lived.

My parents and my friends’ parents were all teachers, doctors, accountants and the like, but I was always desperate to get out and travel the world.

When I got to China I was so inspired by the dynamism and energy of the games business, I’ve never looked back.

I find meeting people in the games industry to be endlessly interesting – there’s huge variety but always a lot of passion from people about what they do.

I also really enjoy finding that great business opportunity, proposing it, negotiating and working out a way to make it all happen. I moreover very much enjoy playing games and getting to feel righteously productive about it!

I for one didn’t know that this career existed until I even joined a games company, so possibly the fact that it exists.

There are literally millions of games that have been published. Don’t worry that you’re not an expert on all the games that ever existed, it’s physically impossible to play everything.

The job involves a lot of networking and hustling, so someone looking for a job in business development would be well advised to show off their skills in this area!