"I'd love to keep making games as an indie for the rest of my life, but since I have no idea how the industry will change, I feel like I need to launch a hit game" 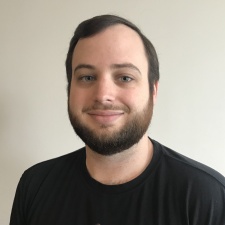 Establishing the type of business model your game will have is something that should be factored in from day one, with free-to-play and premium throwing up different design considerations.

But what about when you throw all that out the window and instead opt for going completely free? That's the route indie developer E McNeill has taken with colourful puzzler Squeelings, as he wants his creation to be played by the world and felt that, after years of development, this was the best option.

The current plan for the game is to see how it goes viral and possibly do more with the game at a later date should it take off.

McNeill started indie development in 2011 with real-time strategy Auralux, before going on to create numerous VR titles. He presented Squeelings during E3 2017’s Big Indie Pitch, going on to win the event. (The next Very Big Indie Pitch will take place at Pocket Gamer Connects Seattle on May 13th to 14th).

Now available for free on Android devices, we spoke with the game's creator E McNeill as part of our Indie Spotlight series to discuss his thoughts on life as a solo developer and the daily challenges faced getting a game to live.

E McNeill: I was programming games as a hobby since I was 15. They were terrible, of course, but it was fun to show them to my friends. Very, very gradually my games started to get less terrible.

Eventually, when I was in college, I realised that my current side project might actually be good, and I started to think about launching it as a ‘real’ game. So, I put it on my website and asked people to pay $5 to download it. And poof! I became an indie game developer.

I'd love to keep making games as an indie for the rest of my life, but since I have no idea how the industry will change, I feel like I need to launch a hit game.

My schedule is 100 per cent flexible, which is a blessing and a curse. My typical day is quite boring: I'll feed the cats, answer some emails, get some exercise, write some code (or whatever) for four to six, cook dinner, and do some lighter work on the couch before I officially call it quits. However, a typical day is pretty rare.

It's tough to keep pace with an industry that changes as quickly as ours. Right now, my impression is that you need to have larger teams making more ambitious games. I'm used to working solo, so it's hard to grow from a one-man team into a real game studio.

Success is getting to keep doing what I love sustainably. That last word is carrying a lot of weight, though. I'd love to keep making games as an indie for the rest of my life, but since I have no idea how the industry will change, I feel like I need to launch a hit game. Otherwise, my career doesn't feel safe.

It's been tough for years and only getting tougher. For my most recent game Squeelings, I couldn't figure out a business plan that seemed plausible. I ended up releasing it entirely for free, thinking that if it went viral, maybe then I could give it another look.

Squeelings is an adorable puzzle game about spreading happiness. You're presented with a herd of adorable animals - the Squeelings - and you have to try to efficiently cheer them all up with a few well-placed hugs. Emotions are contagious among Squeelings, so it gets tricky.

I ended up releasing it entirely for free, thinking that if it went viral, maybe then I could give it another look.

I'm currently working on a new VR game, which has been my primary focus for the last few years. Squeelings was actually inspired by a previous VR project but as a mobile game, it's been the exception to the rule.

I really don't know. Usually, my creativity doesn't kick in unless I have some constraints to define what I can do. It's easier to think about what I could do on a shoestring budget than an unlimited one.

With that said, I have a few overambitious ideas sitting in my notebook, like a 50-player multiplayer strategy game taking inspiration from Game of Thrones and the old Heroes of Might and Magic games. That would be a fun one to tackle.

My most successful games have been the ones where I tried to make something that I personally would enjoy, while trying to innovate on the gameplay and to make it punch above its weight - i.e. feel bigger and better than you'd expect from its small budget.