Pocket Gamer Connects Seattle 2019 will take place on May 13th to 14th. 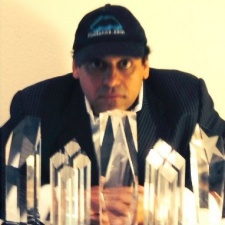 We're talking to Masquerade Media president Dayan Paul today, ahead of his session on the underserved market of female gamers.

With a background in directing, writing, animation and entrepreneurship, Dayan's latest project is making the most of an increasingly-female mobile gaming audience with his New York-based game studio Masquerade Media.

PocketGamer.biz: Tell us a bit about the company.

Dayan Paul: Our company creates games for the dominant female player base on mobile games. Women are now 65 per cent of the mobile game market and growing, and the content we create goes beyond the stereotypes of what female players expect in games.

As president of Masquerade Media, I’m responsible for business relations, and keeping the company afloat, but since we are a small company I am also very hands-on when it comes to game design, as well as the artistic aspects of game creation. So it’s sort of like a producer role as well since I’m in charge of directing the content of our games.

After graduating from art school, I wanted to take my talents into interactive worlds. I began exploring interactive media in graduate school and did consulting work for a variety of interactive projects, my favourite of which were games.

Be open to locations around the world. The video game world is expanding every year, and more opportunities come up in unexpected places every day.

This has been a remarkable year in video games. While larger companies struggle to follow market trends and stay relevant, there are boundless new opportunities for developers around the globe. In past years you would see trends in what I would call the flavour of the week.

This is the year I’ve seen those new technologies and key component merge into highly successful models for growing games.

I think the female game community is still underserved. We will see the quality of these types of games go up, and the industry will take these players more seriously.

How has the games industry changed since you started?

Well, that’s sort of an essay in itself. When I stated in the 90s, video games were just starting to make a come back after their downfall in the 80s. The home entertainment consoles were the main thing, and you only saw indie games on PCs, like Doom, which was a huge success of course.

The games were on floppy disks and eventually on CDs, so no online purchasing yet. You didn’t have off the shelf game engines available for free while you were developing. You didn’t have online games or game portals on any sort of mainstream delivery platform, so you kind of had to invent the path.

Well, this is the first one so I’ll have to take a deeper look at what’s there. As a game developer I’m always interested in meeting with publishers, and other developers as well. Talks and panels are always interesting, and I love to meet students looking for worldly advice