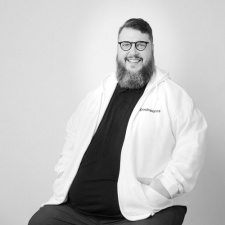 Erik Pöntiskoski is the CEO of Finnish-based independent studio Dodreams.

In this entry of our Live and Kicking series, we caught up with Dodreams CEO Erik Pöntiskoski following the fourth anniversary of its car combat Drive Ahead.

PocketGamer.Biz: With Drive Ahead about to pass its four year anniversary, how do you reflect on its performance – from launch to the mature title it is now?

Erik Pöntiskoski: It’s really hard to believe it’s been four years already. At Dodreams we like to say that we do more than games - we do dreams. And time really flies when you’re making games that dreams are made of.

It’s certainly been quite the roller coaster ride as we’ve surpassed the 100 million downloads mark a while ago already, but at the same time it feels like our best days are still to come.

There are no signs of Drive Ahead slowing down anytime soon. Actually, we’ve been improving on our KPIs since last year.

The original Drive Ahead game was made by a fairly young team. If you look at how the game has evolved over the years, you also see how our team has developed as free-to-play professionals.

Originally it was a game with a hyper-casual core (before the word even existed), but now it’s developed into a more comprehensive free-to-play experience. And there are no signs of Drive Ahead slowing down anytime soon. Actually, we’ve been improving on our KPIs since last year.

How big is the team currently handling live ops at Dodreams?

We’ve found that the best way to organise ourselves is to have two teams: one team develops new features for the game and the other handles live operations, like the currently on-going Hot Wheels Wednesdays: Skeletor’s Revenge event.

The total number of professionals working on Drive Ahead is 15, with about one-third working on live ops.

We value each and every Drive Ahead fan and we really do our best to help and support them when questions or issues come up. Originally the team handled all community relations themselves, meaning each artist, designer and developer had their own assigned channel and took turns responding to questions and reviews.

While this was great to make sure everyone in the team stayed in touch with how fans experience the game, we’ve since then formed a dedicated community team to allow the team to primarily focus on their main goals,

As far as updates go, we have a games-as-a-service philosophy. We want to make sure there is fresh content, challenges and events for fans multiple times a week - though it doesn’t necessarily require shipping an update anymore.

How did these deals with Hot Wheels and Master of the Universe come about?

When we launched Drive Ahead, pretty soon someone at the office said that wouldn’t it be cool to play the game with Hot Wheels cars someday. I didn’t think about it much after that. We just focused on making updates and growing the game.

I suppose, the more you practice, the luckier you get. We had decided to focus on local multiplayer games - that’s games that you can play on the same device with friends.

This positioning allowed us to stand out in the market. People noticed our dedication to fans and improving the game. So through a friendly introduction, we found ourselves pitching a collaboration to Mattel.

The negotiations were actually quite easy as they had already seen the engagement our game creates and the viral growth it has through online video. In the end, both parties felt that this would be so much fun for the fans we have to do it.

What steps have you taken to ensure that Drive Ahead maintains a sizable and active player base all this time after its launch?

Originally we just published content - cars, tracks, helmets and missions every three weeks. After some time, we realised that it's not about how much content the game has but how you combine it into fresh experiences. For over a year now, we’ve been running live ops events.

The goal of introducing live ops to Drive Ahead has been to create some purpose for collecting cars.

It's great for higher engagement and provides different monetisation opportunities. We have actually used events to test changes to the game, as well as new game ideas.

Our spin-off game Drive Ahead Sports started as a soccer event in Drive Ahead. We wanted to see if it would be fun to play soccer with cars - it was.

Organic growth is no good if you churn players as fast as you get them. The goal of introducing live ops to Drive Ahead has been to create some purpose for collecting cars.

Getting a new car has to feel awesome. It should give you more fun and power and allow you to explore something new in the game. The way to improve monetisation goes through progression and engagement.

To what do you attribute Drive Ahead consistently impressive grossing performance, and how do you sustain it?

In recent years, success in free-to-play games has been determined by the cost per install being smaller than the lifetime value. There are tons of games that had good monetisation metrics but couldn’t scale with paid user acquisition. Our approach is different.

We don’t invest into paid UA, we grow the game with something even more difficult. That’s getting individual people going to their friends and family and saying “Play Drive Ahead with me”.

In order to achieve 100 million plus organic downloads, you have to pay attention to the user experience and game design. We have to earn that word of mouth every day.

During the four years of Drive Ahead, our studio has evolved from an indie to a free-to-play game studio. We believe in data-driven game development. It's a process with rapid execution. It’s where tech, art, design and business come together in perfect harmony. Sometimes it’s beautiful like a symphony, at other times noisy and raw like a heavy metal tune.

As CEO, I’m not concerned with the potential upside of a free-to-play game. With the right game design its huge. I’m concerned with how we validate through player traction if our assumption about the potential is true. That’s why you need data. So I try to help our team find that data with minimum risk and investment.

What lessons have you learned/are you still learning from Drive Ahead? Is there anything about the game that, in hindsight, you’d now handle differently?

We’re very proud of our organic growth and engagement. Retention is good on the short to mid-term. But we see huge potential in improving long-term retention and with that overall monetisation of the game. Usually people don’t talk about that.

After some time, we realised that it's not about how much content the game has but how you combine it into fresh experiences

You have to always be doing great, regardless of how things really are. I guess the gaming scene in Finland is different because since we started talking about where we want to improve, people have started volunteering their help.

It's pretty amazing to develop new features when your competitor may come to visit your office and critique your wireframes.

Actually, this helped us hire some senior talent that you may have read about here on PocketGamer.biz. When you have a game with solid organic growth and engagement, issues like understanding the motivations of players to collect, compete and be social; or progressing in a metagame; or increasing the lifetime value of players; are fun problems to solve.

Finally, how has your experience with Drive Ahead informed where you are/what you’re working on now?

Whenever I think about making a hit game, I think of how the European Space Agency landed the Rosetta space probe on a comet. Think of all the things that can go wrong from designing the rocket to travelling 12 years to the comet over 400 million kilometres away in space.

Making a hit game is like hitting a moving target like that. That’s our vision. Our strategy is the roadmap for exploring strange new worlds with free-to-play games.

Every experiment, A/B test, staged rollout and new release takes us closer to the target. In order to succeed, we have built an amazing team. Taking care of the culture, processes and ways of working we want to foster to become the benchmark for free-to-play games. This is why more people and partners want to join us.

Together we have to read the star maps in order to position ourselves smartly so we can safely navigate through this hostile environment.

We read the telemetry of the game to finetune engine. The metagame and free-to-play features we are adding to Drive Ahead allow us to travel faster and faster as we boldly go where no game developer has gone before.

Dodreams is an 11-year-old company. Next, we’re going to ride a comet.