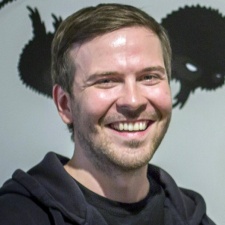 One of the world's most popular sports, football is a pretty crowded market in the games space.

You have behemoths like FIFA and PES dominating the console market, with quirky interpretations such as Rocket League continuing to thrive. Then on smartphones there are specially designed versions of EA and Konami's hit series', as well as a plethora of other takes on the sport.

Now Helsinki-based studio Frogmind - which attracted the overtures of Supercell in 2016, who bought a 51 per cent stake in the company - is taking its shot at the beautiful game. The studio has witnessed a gap in the market and has been developing its football-inspired multiplayer for iOS and Android called Rumble Stars.

However, the title is different from what you’d normally expect as users control a variety of animals, while crazy physics are also thrown into the mix to keep players on their toes.

With Rumble Stars now out in the wild, we thought this was the perfect time to speak with the Finnish developer.

We sat down with Frogmind CEO and co-founder Johannes Vuorinen about the day-to-day runnings alongside why Rumble Stars was chosen as the studio's latest escapade.

Johannes Vuorinen: With some years of experience from working in the games industry, we wanted to give it a serious try to make it on our own, being our own bosses and just focus on making great games.

We had some personal savings, or rather really low expenses in our personal lives, that allowed us to survive without getting paid during the development of the first game. About enough for the first year. Thus, Frogmind was founded and the making of Badland began in early 2012 with a team of two.

We decided that we believe in fun multiplayer experiences and from the learnings of the first killed project, started to work on three new projects.

After Badland was released on iOS and well received in April 2013, we started to grow the company slowly. The spirit of the company was very indie and back then the games were single purchase premium games.

We took Badland to Android and eventually to several other platforms as well, including most games consoles as well. At the same time, we had begun development on Badland 2 and started to build a small team for making our first free-to-play game as it was clear that the market was heading that way.

That first free-to-play project was killed after about a year of pivoting it and still not being satisfied with it. We knew that moving onto that model required us to learn a lot of new things.

After a year of challenges, we were much smarter but had begun the project from something that wasn't such a great fit for the free-to-play model.

After launching Badland 2 in December 2015, we started to focus more strongly on being able to switch to the free-to-play business model as that was clearly the model a successful mobile games company of any size above tiny would need to adopt.

We decided that we believe in fun multiplayer experiences and from the learnings of the first killed project, started to work on three new projects.

The first of these became Badland Brawl, which was launched half a year ago in October 2018. The second one was killed about a year ago and the third was Rumble Stars, which is now coming out.

People arrive at the office in morning between 8am and 10am. The three-game teams are very independent. We have a weekly company-wide status meeting on a Monday morning, where we go through each project’s status, what they are working on and what challenges and plans they have.

Each project team also has a brief planning meeting on Mondays. in general, we try to minimise time spent in meetings. Thus, our meetings are not that long and try to involve only the people who really need to be there so nobody needs to waste their development time to something that isn't relevant to that person.

Everyone at Frogmind is experienced and able to work very independently. To a certain degree, everyone is expected to figure out how they can best use their time to advance the common goals. They do this in communication with others in the company and especially in the team.

Building a great culture is not trivial. It's a delicate balance of getting the right kind of people to work together in an awesome way.

For creative projects, it's important that everyone knows each other's strengths, respects each other and gives everyone space and doesn't try to horde ownership in negative ways. We don't believe in stepping on anyone's toes.

The market is so mature, with so many systematically working big players with lots of data and experience of making and running games, that it's tough to penetrate without resources and a war chest.

Everyone gets to contribute. We give people a lot of responsibility and don't manage a lot. Everyone should focus on making great games and when something, for example, is missing a champion, someone picks that up.

Making the game better is in everyone's best interest. A personality that doesn't match this can cause problems that can remain quite invisible for some time but be very damaging to the overall. However, when the culture works it's a fantastic environment to create in.

By each game having an impact and being enjoyed and played by millions of players for a long time. Being able to make bigger and more ambitious projects and keep on learning. Being able to enjoy what we do. Get an active community and momentum around the games.

Being able to have fun at work and spend your time with awesome co-workers making something that inspires everyone. And of course, there needs to be enough revenue from the games to at least pay all the expenses, hopefully more.

It’s tough. The market is so mature, with so many systematically working big players with lots of data and experience of making and running games, that it's tough to penetrate without resources and a war chest.

Premium games are making less and less money, even if you get good visibility, and the market is crowded with lots of high-quality products. It’s very hard to get visibility in this environment even if you have a good product.

It’s still possible to make a hit with a small indie team, but it’s hard and rare. Then again, it has always been "rare".

There have always been thousands of games competing for attention but it has increasingly become harder as every day there are more. The winners are making their product better and better each day and have more resources to spend and thus tend to stay on top of the lists for a very long time.

Could you tell us about your new game Rumble Stars?

Rumble Stars is a dynamic real-time player-versus-player football game with crazy characters, awesome physics and easy to learn but hard to master gameplay.

It’s still possible to make a hit with a small indie team, but it’s hard and rare. Then again, it has always been 'rare'.

You assemble your favourite team of Rumblers, challenge others into energetic football matches, use your Rumblers smartly by timing your moves well and making clever combos and rise through the leagues.

You can invite friends, create or join clubs with other players, chat with your club members, play club-versus-club challenges, join events and watch matches from other players.

The game has been picking up really nicely during the last 30 days towards the global launch. It's getting around 15,000 installs per day from just three soft launch countries (Spain, Italy, Portugal), which has been awesome to witness.

It has been in pre-registration for three weeks everywhere else on Google Play and we have over 1,200,000 pre-registered players who will start to get the game now.

Also, the player feedback and overall game performance like how much players play, etcetera, has improved massively during the last month and a half.

All these things make us very excited about the launch. It will be an awesome and intense week. So, install the game today and join the crazy action right from the start.

We believe in multiplayer games where you can play with your friends and with other players. Real people make games and their communities interesting, lasting and constantly renewing. Those kinds of games will be our focus.

We will keep on developing the currently live games and keep on running them so there are constantly fresh, new things.

We have built a lot of base technology to run big games online for millions of players and have a very good base now to build our next games with. We will aim to keep the quality bar high. We also have a knack for being unique, our games try to stand out by being somewhat different and by bringing something new.

We have been lucky to be in the situation of pretty much being able to make the kind of games we want to make. So, it hasn't been that much of a budget question.

Therefore, the answer is perhaps the games that we are making and have been so far. Maybe they would be something with more players interacting in the same session/game world, but we are already heading that way with our next game currently in early development.

I would suggest spending some time working in some other studio first to develop an understanding of the industry and the market. Read a lot about the experiences of others, network and contact other studios and ask for advice, feedback and information.

We have seen that the industry really wants to help others and shares information and best practices openly.

Finally, make sure you really want to make games and are not expecting to make-it-rich-quick as that is immensely challenging with so much experienced competition.

Learn how to survive and thrive as a small studio in the mobile market on Pocket Gamer Connects Seattle's Indie Track. The conference takes place on May 13th and 14th, head to the site for details.