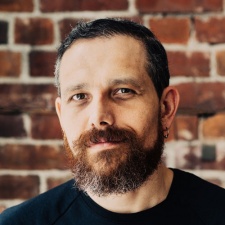 Today we're speaking to East Side Games CEO Josh Nilson, who will speak on the power of idle games as experiences for everyone.

East Side is an independent studio based in Vancouver. The developer recently snagged the license for sitcom It's Always Sunny in Philadelphia, which is set to be its next big game.

Josh Nilson: Founded in 2011, East Side Games is a proudly independent and profitable game studio that is focused on making the best narrative idle games in the business, and creating the technology for developers to tell amazing stories.

In 2017, East Side Games launched Trailer Park Boys: Greasy Money. Trailer Park Boys was a top 100 game in over 100 countries with great player reviews and excellent fan engagement. Look out for the launch of It’s Always Sunny: The Gang Goes Mobile, launching soon!

East Side Games also is a two-time winner of the Deloitte Technology Top 500 for the fastest growing start-ups in North America, and the Deloitte Technology Fast 50 in Canada. East Side Games strongly believes in community-driven design, making games built for fans by fans, and having the best culture around. Our games and our team have the same goal; to be inclusive and for everyone.

Running a small but busy studio, hiring the best people around, mentoring other studios in the amazing Vancouver game space, and disguising actual meetings by saying "let's go for a coffee".

Why did you want to get into the games industry?

It's amazing to make something and see immediate feedback from players. It's not enough to just have a great game, you need to provide exceptional service.

You need to have content to show at your interviews: playable demo, design doc, production plan, live stream links/ recordings, etc. Prove how you will make an immediate difference if hired.

Mobile continues to grow, more people are playing games on multiple platforms, and people are consuming content more than ever, across the board.

Not a trend, but more people are going to start playing games for the first time, and they will choose casual games. The term "gamer" will apply to more and more people in the next year.

The biggest change in the last 10 years? Developers are maintaining games for years (live ops) versus making a new game.

The knowledge shared in the talks and the real stories that spill out in the pub afterwards.