Indie Spotlight: AntiSocialGames on developing and launching 12 games in 12 months 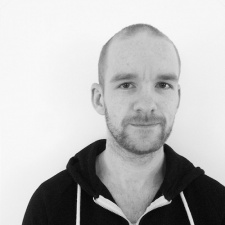 Stein Ove Helset is the founder of indie studio AntiSocialGames

Getting players to take notice of your game can be a long and arduous task, with large studios spending high to make sure their game is the one at the front of your mind.

As a small firm, many developers cannot afford a marketing budget and therefore have to be more creative. AntiSocialGames' system of releasing 12 games in 12 months has already seen one of their games featured on the App Store and Google Play, as well as accumulate 50,000 downloads.

Since October 2018, partners Stein Ove Helset and Camilla Froland have launched Blackout, Beelly, SquareSpinner, Zmath and Scolors after a number of years struggling to complete projects.

As part of our Indie Spotlight series, we spoke with AntiSocialGames founder Helset about this mammoth challenge, alongside how the pair got into video games development in the first place.

Stein Ove Helset: Both I and my partner have been interested in games for a long time. I have been a programmer for as long as I can remember and she's been working with graphics and design for many years. Becoming a game developer has always been a dream.

We don't have a huge marketing budget and we haven't done any paid marketing yet. So when Apple and Google featured us, we were really happy.

A few years ago we started developing a couple of games, but we spent too much time polishing and adding more features until we lost motivation and jumped to the next idea. So, because of the lack of being able to finish a project we started a challenge to build 12 mobile games in 12 months.

Now we've released five games and will soon be halfway. Our most recent game Scolors is our most successful yet, so we will be spending a little bit more time on this, adding more modes and so on.

Our players are very important to us. So, we try to spend time talking to them and ask for feedback. Many people have been asking for more modes for Scolors and this has become a priority. We spend a lot of the time building the next game and the rest of the time adding in features to the existing games.

The biggest challenge has been trying to get noticed and obtain downloads. We don't have a huge marketing budget and we haven't done any paid marketing yet. So when Apple and Google featured us, we were really happy.

Since we're building approximately one game per month there isn't much time to add everything we want to the games. So it can be a big challenge to find out what we need to make the best possible game in the shortest amount of time. We don't want them to be too simple and lack necessary features, but we don't want to add too much at once either.

We think success comes in different stages. If you're a beginner, success will be to just release a game. But when you've been doing game development for a while, success is to be financially independent so you can spend as much time as you need to build great games on your permissions.

We live in an exciting time right now where anyone can make a video game. The downside with this is that there are insane amounts of tough competition.

You don't have to be a big triple-A company to make a successful game, but without a huge marketing budget, it's really hard to get noticed. And if you don't want to or can't use a publisher, it's even harder.

Provide feedback, help other games developers and don't ask for anything in return. Many people will notice this and eventually will start helping you.

The most recent game we published is called Scolors, a one-touch endless platformer game for iOS and Android.

Your goal in this game is to tap the screen to make your character jump through blocks with the same colour as he is. Scolors has multiple modes like Hypnotize, Tilt 'n' jump and Lights out, with more modes are coming soon.

Scolors has been featured by Apple in ‘New games we love’ and by Google Play in the Indie Corner.

We're just going to continue building games. Since we're doing 12 games in 12 months, there isn't much time to build advanced games. So when this challenge is done, we might move over to build larger and more advanced games.

We add all of our games to our website so be sure to pop in there once in a while to see what we’ve published.

We have a couple of ideas for online multiplayer games, but we haven’t built any yet since this will require a lot of users from day one.

If we had an unlimited budget we would make a multiplayer game and do massive marketing from day one.

Getting noticed and getting lots of downloads are not easy, the competition is so hard. If you have released a game and haven't got the download numbers you hoped for just try again, but don't just submit your game to the App Store and Google Play and hope for downloads. You need to tell people about it and hopefully the downloads will come little by little.

Provide feedback, help other games developers and don't ask for anything in return. Many people will notice this and eventually will start helping you.