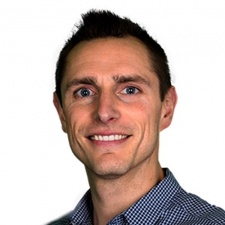 Today we're speaking with Scopely VP of corporate development Rob Ricca, who will be hosting a talk on 'Future Opportunities for Developers'.

Scopely is a leading interactive entertainment company and one of the largest independent publishers of mobile games in the Western world. Ricca, who joined the company following its Series C funding round of $160 million, leads Scopely’s M&A and strategic investment initiatives.

His focus is on growing Scopely globally, seeking out best-in-class partnership opportunities and connecting with teams who are passionate about building exceptional mobile entertainment experiences.

Prior to Scopely, Ricca spent four years at Glu Mobile, most recently as head of business and corporate development. In that role, he led a team responsible for sourcing, negotiating and closing Glu's merger and acquisition, investment and other strategic partnership transactions.

Prior to Glu, Ricca spent almost a decade negotiating M&A and investment transactions as a corporate attorney, including at two of Silicon Valley's preeminent law firms Fenwick & West and Wilson Sonsini.

Ricca holds a B.S. in Management and Economics from Gettysburg College, a J.D. from Washington and Lee University, and an M.B.A. in Finance from the Peter J. Tobin College of Business at St. John's University.

Founded in 2011, Scopely is home to a proprietary technology platform that creates personalised user experiences and effectively monetises free-to-play games at scale. Recognised in Fast Company’s ‘World’s Most Innovative Companies’ and number two on Deloitte’s ‘Technology Fast 500’ as one of the fastest-growing companies in North America, Scopely has achieved 10 consecutive number one games in the US and raised more than $250 million in financing from global entertainment and technology investors.

Scopely has operations in Los Angeles (HQ) and Barcelona with studios in eight countries across four continents.

I'm hyper-focused on driving Scopely's corporate development strategy to grow the business globally, which includes forming strategic partnerships with best-in-class gaming companies. We continue to look for strategic partners that align with our goal of delivering deeply engaging experiences to users around the world.

Excited to play a part in a field that is disrupting the entertainment industry by using technology to create personalised interactive entertainment experiences that are unparalleled in the history of the industry.

Be passionate about games and entertainment.

Mobile games companies are continuing to prove that the ecosystem has long-term, durable staying power and mobile experiences can be more than just one-and-done hits. For example, Scopely's Yahtzee With Buddies / Dice With Buddies franchise had its biggest year yet with 2x revenue growth in 2018 - seven years into the product's lifecycle. We expect this trend of evergreen franchise growth to continue with new titles as well.

Further industry consolidation with some of the largest gaming companies acquiring both independent developers of top-grossing games, and games with the potential for significant growth.

The best mobile developers have honed their craft to never before seen levels; creating customised, personal experiences for their players that monetise like no other form of entertainment on a per-user basis.

Talking with other developers and publishers. It's the only way to truly stay on top of what's happening in the industry.

Find out more about Pocket Gamer Connects Seattle 2019 on the website. This story was updated with extended answers on 10 May 2019.