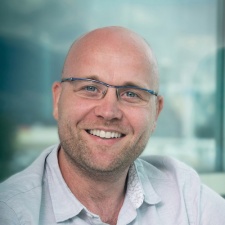 Vancouver-based studio Hothead Games was formed in 2006 before launching its first mobile title, Big Win Soccer in 2012. Since then, the company has concentrated on creating shooters such as Hero Hunters, Mighty Battles and its Kill Shot series.

Birch has headed up Hothead’s marketing department for eight years after moving to Canada for the position in 2011. After being introduced to Canadian culture via the Vancouver Canucks hockey team’s loss - and following street riots - in the Stanley Cup, Birch knew he was destined to stay.

PocketGamer.Biz: Could you tell us a bit about the company?

Oliver Birch: Hothead Games is a global developer and publisher of mobile games. We are an independent studio creating our own games and IP and have a publishing division to help support other studios to get their games out to the market and at scale.

My job is to support and unblock all the marketing functions at Hothead which includes UA, App Store experience, advertising revenue, community management and customer support.

The more I can enable the marketing teams to do their jobs the better - I try to stay out of the way, but not always that successfully. As a member of the Exec team, I am part of the management team that drives the strategic decisions for the company and operations of the business.

Mainly because I look better in a t-shirt and runners and I don't iron anything. Besides work attire, I discovered early in my career that I was willing to work hard to get great results so I wanted to find an industry that would allow me to follow this ethos while surrounding myself with very smart and incredibly talented people.

I thought that eventually some of that has to rub off on me in a positive way and I could double down on finding my own success.

Make things first and then turn up on the door with that thing in hand. This is a creative industry and for the right person, showing this kind of initiative can go a long way - sometimes further than education. I have found this to be especially true in North America, where this kind of thinking is highly praised.

Mobile games continue to grow in revenue and continue to consolidate. Despite less blue oceans, I see many opportunities for the companies to make high-quality products and carve out specific audiences that they can serve well.

Store discoverability was often cited as the main issue but now that has shifted to UA strategy and ability. It’s obvious that you need to be dialled in on that front if you are going to scale and be successful. Everything else is luck and pixie dust.

Smaller studios will develop breakthrough games with the help of larger mobile publishers. More ad networks will get involved in scaling games and becoming publishers like Lion Studios (they have access to the audiences and have the metrics on the games that can count).

Mobile ad revenue per user will become a transparent box and the world will change for ad networks because of this. Mobile attribution will consolidate as we can't continue to have so many variables in this area.

I started my games career at Pinnacle Entertainment in the UK which was owned by Sony BMG and had about 200 employees back then. It had a relatively small retail games distribution division but was mainly a distributor of music.

That company doesn't exist today because Apple took over most of the music distribution within four years of starting iTunes and very few music artists needed to ship actual physical product as digital distribution took over.

If you had told me back then that I would be working in mobile games I would have laughed very hard at you as only java style games and mobile ringtones existed and made money back then. That evolution was extremely fast through the disruption pioneered by Apple and then Google, but it makes perfect sense now.

Our panel of course because Idle Games is a new area for me to be involved in. So, seeing all of the usual suspects and finding out about new ones to add to the list.