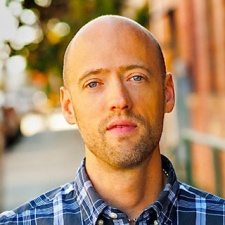 Today we're speaking to Hatch Entertainment VP of commercial partnerships Nick Thomas ahead of his panel on 'Future Opportunities for Developers'.

Thomas is a video game industry veteran with over 15 years of executive experience. He is the VP of commercial partnerships for Hatch Entertainment, a spin-off of Rovio and the creators of Hatch, a mobile game streaming service built for 5G.

Hatch has launched in Europe, Japan and South Korea with major partners including Docomo and Samsung, and is launching in the United States this summer in partnership with Sprint on their 5G handsets.

Prior to leading commercial partnerships, Thomas operated as the VP of content publishing leading developer and publisher relationships. His career in gaming began in 2003 as the founder and CEO of Somatone Interactive, one of the most well recognised and respected creative service providers in games, credited on hundreds of titles.

Hatch is a mobile game streaming platform built for 5G.

I have been an avid gamer since age eight, pumping endless quarters into classic games like Dragon's Lair, Street Fighter, Joust and Double Dragon. I am also a deeply creative person, so it was not a matter of if, just how I was going to combine these two core interests.

It is a labour of love, but if you are truly passionate about gaming there is no more rewarding career. Be prepared for long nights, complex decision making, lots of failures and a tonne of fun.

After a relatively dormant period dominated by free-to-play, the mobile industry finally seems ready to reinvent itself (to the relief of games markers and consumers alike).

Games streaming services are on the horizon (or here i.e. Hatch). indie games are starting to mature into the mass-market commercial hits. Battle royale and esports continue to grow, while older franchise titles are starting to lose their lustre. Gaming V x.0 is here.

The move from physically purchased games to fully downloaded, and now streaming with no downloads at all. More battle royale titles will emerge to try and draw users away from Fortnite and customers may finally be tiring of crushing candy and F2P loops, giving premium games on mobile a fresh start.

Over 15 years I've seen many cycles in the industry. Every five years or so the industry reinvents itself. We are now coming full circle, back to premium mobile games, with the consoles space having a bit of an identity crisis.

Networking, because the game industry is full of loyal makers and it's always fun to reconnect with old friends.