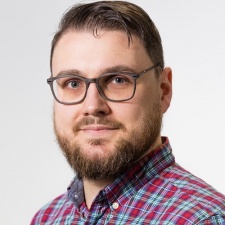 Dundee studio Tag Games was founded in 2006 by a small team of passionate developers that wanted to make original IP.

Early titles from the team included Car Jack Streets, but with the difficulties of self-publishing in the pre-app store world and dealing with mobile operators, the decision was made to pivot to a work-for-hire business model.

That was supposed to just a break from original IP development, but nearly 10 years later the studio maintains successful work-for-hire operations.

Last year, the company went through one of its most significant changes to date. Co-founder and CEO Paul Farley stepped down from the role to head up live operations platform and Tag spin-off ChilliConnect.

In his place stepped in ex-director of development Marc Williamson, who has been with the company since 2010.

“It’s been a year of reflection and change,” Williamson tells PocketGamer.biz.

“My focus has been on team well-being and happiness. I want Tag to be a great place to work and produce world-class content for our partners.

“In terms of what this means for Tag’s future, it’s really all about continued steady growth. I’ve inherited an incredible legacy and I want to build on that success. I want to grow the team to enable us to take on more work and bigger projects.

“We are working with some great partners right now, on amazing projects that reflect the type of studio we are striving to be. We are actively looking for the right kinds of partnerships and projects that allow us to push ourselves creatively and technically each time.”

Previously focusing on end-to-end development, in 2017 Tag officially added live ops to the services it provides.

The company's first live ops project was with Flaregames on Nonstop Knight. Tag now has half of its team working on such projects.

“Tag has been running live games for years, but never as a sole service, so it made a lot of sense to us,” says Williamson.

“Once we spread the word that we could offer this, we had lots of enquiries from developers and publishers who needed live ops support. Not every one came to fruition but it gave us a good insight into the various circumstances where the need for live ops arises. It surprised us how many companies need this.

“Live ops is quite a broad term and covers a lot of different things. Our expertise is building and running live games; we have a range of skills that apply at various stages of a game’s lifecycle, and we work with our clients to support their development at any of these stages.

“Right now, I would say about half of our team is working on games that are live, and the other half are developing new games. This is about the right balance for us as we don't want to become purely a ‘live ops’ studio. We want a mixture of projects at all stages of development.”

Hiring more talent in-house isn’t always practical, it’s costly, so it can be more efficient to outsource and add flexibility into your planning.

Given the importance of live operations in mobile, it’s perhaps a surprise that mobile developers might look for a partner rather than recruit in-house. But things aren’t always that simple of course, as Williamson explains.

“As mobile games grow and become more successful, they need more resources, but also, when publishers and developers need to move on to new products they need to move teams around,” he states.

“Both of these instances create a resourcing issue so it really does come down to the question of hiring. Hiring more talent in-house isn’t always practical, it’s costly, so it can be more efficient to outsource and add flexibility into your planning.

“In this respect, live ops is no different to any other outsource situation, you hire and take the overheads or stay lean and outsource. There can be a huge benefit in hiring a team that has specialist skills and experience of what you need, and understand what needs to be done.”

The work-for-hire industry can be a volatile one - as old UK studios like Blitz Games Studios could attest to. Contracts can suddenly fall through, leaving companies short of cash and even leading to closure in a worst-case scenario.

Williamson says live ops projects can have a much longer tail than an end-to-end development project, with the advantage that, due to the data available, there’s a level of predictability about the length of a project.

“You can see the numbers and know if your player base is growing or shrinking and can make informed decisions about the size of the team required to continue to support it,” he explains.

“It’s less likely to be a surprise if the development comes to an end.

“Of course the sweet spot for Tag is to build a game with a partner from scratch including live ops, but this way we get to work at both ends of the lifecycle. Spreading risk across multiple projects has always been Tag’s approach, and possibly why we are celebrating 13 years in business.”

Over 13 years, Tag has been through various sea changes in the games industry, most notably the move from a mobile marketplace dominated by the mobile operators to the onset of the App Store, which significantly changed the industry landscape.

As a mobile developer, the possibility of delivering visual experiences to players far beyond what we can deliver now, is really exciting.

Looking to the future, Williamson highlights the potential impact the Apple Arcade subscription service could have on mobile business models. This, he says, could lead to an even greater focus on retention and “stickiness”.

“As a mobile developer, the possibility of delivering visual experiences to players far beyond what we can deliver now, is really exciting,” says Williamson.

“A large part of Stadia's appeal is the ability to play the same game on any number of different devices. Stadia will handle the technical challenge of this but there are still interesting design challenges, particularly given that traditionally players on mobile devices are looking for different, often more ‘snack-sized’ experiences, compared to console or PC.

“How we factor different play requirements and styles into games that run on everything is something we need to think carefully about. But those are the kind of challenges we enjoy.”

Tag Games hiring for 14 open positions at its Dundee headquarters