"Personally, this is actually a quest that I’ve been going after since my days at EA Mobile" 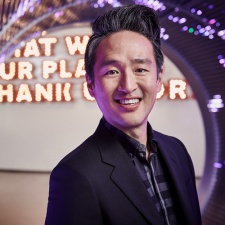 A decade has passed since we began conducting our Top 50 Mobile Game Makers list, in which we analyse which developers have made all the right moves over the past 12 months.

US mobile games company Zynga took the top honour this year. After initially struggling to adapt to the mobile market, the firm has come back fighting with a new strategy that has seen it rise to the peak of the industry in one of the greatest games industry turnarounds ever.

After EA Mobile boss Frank Gibeau took over the role of CEO in March 2016, the company has gone through nothing but an upward trajectory.

Next to this, Zynga has snapped up the rights to a roster of blockbuster IPs, from the likes of Game of Thrones to Harry Potter and Star Wars, on top of its own successful Words With Friends franchise. All of this combined for a stellar year that was truly deserving of PocketGamer.biz’s top accolade.

Accepting the award on behalf of Zynga was president of publishing Bernard Kim, another former EA exec who was brought in following Gibeau’s appointment.

Overseeing what games are brought to players via the company’s network, alongside working on consumer insights, marketing, user acquisition, partnerships, business development and more, Kim has been a key component of Zynga’s renaissance.

At an exclusive Top 50 Mobile Game Makers event at Gamescom, celebrating the world's top developers, we caught up with Kim for his thoughts on the past year, Zynga's turnaround, and where the company goes from here.

PocketGamer.biz: How do you feel being named the number one developer on our top 50 list?

Bernard Kim: We are honoured, humbled, and on behalf of Zynga and all the teams we could not be more excited.

Personally, this is actually a quest that I’ve been going after since my days at EA Mobile. At Zynga, everything has come together and we’ve moved from a turnaround phase – kind of in the doghouse with regards to the business – to now being in a phase of growth.

We are honoured, humbled, and on behalf of Zynga and all the teams we could not be more excited.

We’re one of the fastest-growing game companies in the world and we couldn’t be prouder of our results. It’s been a really amazing turnaround of our culture and bringing new teams on board like Small Giant Games, Gram Games and Peak Games [Zynga bought its card game business] have really emboldened the family.

When you joined the company, what was the strategy to turn the ship around? Did things change along the way?

All plan gets revised as we are going through it, but literally within the first few weeks of myself and Frank [Gibeau] joining the company, Frank laid out a presentation around three major phases of our turnaround. The first phase was around stabilising our live businesses and we branded these live businesses ‘forever franchises’.

We started doing fewer things but then going after live operations, while at the same time, as we were fixing our live business, we figured out that we could actually grow these businesses as well.

So we’re really proud of the growth that has come from Zynga Poker, Word With Friends and CSR Racing. We also had a fantastic cash balance to go after M&A, so in the spirit of going after deals we tried to re-establish our reputation in the marketplace such as having a positive culture – making sure Zynga’s a great family to be part of.

Then one by one we started working on some really exciting additions to the family. We’re also working on experimental platforms like our recent Snapchat deal with Tiny Royale.

In regards to our three phases, we feel that we’re in turnaround. Now that we’ve announced we’re going into growth, potentially we can go into hyper-growth as we launch new games as well as add new games to the portfolio.

Mergers and acquisitions have played a large part in Zynga’s growth, how do you decide your acquisition targets?

The instincts of the management team that took over Zynga just under four years ago is that we are all gamers at heart. What I do every single night when I go home or while I’m at work is I play video games – that’s my favourite past time. Frank Gibeau is the same.

The more challenges the marketplace poses, the more opportunity for consolidation where you can bring two companies together and they equal something much bigger together.

With that balance, we were able to weigh whether a game like Merge Dragons has that magic and a great loop that brings players back. At the same time, will the metrics stand the test of time and can we categorise it as a ‘forever franchise’?

What elements need to be in place for a deal?

I think it’s about prospecting early and building strong relationships. The key thing that we figured out with the founders of Peak Games, Gram Games and Small Giant Games was that there was an immediate culture match.

We looked at the industry almost the same exact way. They had a spirit of entrepreneurship, high growth, product management and innovation, and it’s all things that we aligned around.

Previously you spoke with us about your acquisition of Gram Games. Do you have the same strategy for integrating each studio or does it change for each one?

So far, we’ve been taking an approach of light integration. When the studio becomes part of the family they operate on their own. They are still published on the App Store under their previous identity and keep their brand. Then, if there are areas where Zynga can help, we’re happy to jump in.

Whether those areas are product management, data, publishing, paid acquisition, all those key areas, we’re happy to help. It’s more of a “here’s a dashboard of services” and it’s an opt-in.

Do you find the mobile market is tougher to compete in considering there has been so much consolidation recently?

I only look at it as an opportunity. We’ve talked about it in the past but it’s either sink or swim. I think it just poses more challenges, the more challenges the marketplace poses, the more opportunity for consolidation where you can bring two companies together and they equal something much bigger together.

How much room is there for innovation in the market these days?

I think there’s plenty of room. It’s just a twist on innovation. In the case of Zynga, we have a tremendous amount of innovative ideas but a lot of our ideas are integrated in ‘forever franchises’ and live services.

Merge Dragons for example, just rolled out a beautiful social mechanic with guilds, which they are now calling Dragon Dens. It’s a really amazing integration of bringing social within gameplay that they absolutely love. This is deep innovation, but we are bringing it into our live services.

Earlier you mentioned Zynga was trying to create a positive culture. How do you make sure toxicity in the workplace is addressed?

At Zynga, we are really proud of our culture and our improvement of that culture over the last three years. We have a very open work environment. Myself, the CEO and the COO, we all sit in this cube farm together, so it’s a highly approachable environment that is pretty laid back.

When it comes to the future, we just recently raised money, so we’re continuing to be aggressive on the M&A side.

We have a shared passion so I think anyone can talk to anyone about anything. We have maintained a really positive culture of the last couple of years.

What are the new projects that Zynga has in the works?

We have three games in soft launch right now: Merge Magic from Gram Games, Puzzle Combat from Small Giant Games and FarmVille from Helsinki. We are closely tracking those games currently in soft launch and we're really excited about our new slate of games.

With regards to our ‘forever franchises’ there’s going to be a steady cadence of what we call bold beats – really incredible live events that are happening within each one of our major franchises.

When it comes to the future, we just recently raised money, so we’re continuing to be aggressive on the M&A side. We’re looking at this space in a very wide format.

If you could put the success of Zynga down to three words, what would you say?

Gaming: there’s no better industry to be part of.

Passion: I realise that term is overused in the industry but we really are passionate about our games.