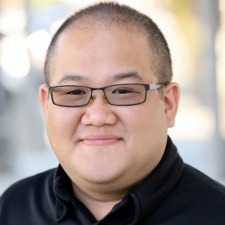 Since launching in June 2014, Shovel Knight's ‘The Blue Bomber’ has become a very recognisable face in the games industry.

An examplar of what can be achieved by indie developers, it’s surprisingly to think the original title launched five years ago.

For developer Yacht Club Games, Shovel Knight: Treasure Trove has been the cornerstone of the studio as it grew upon the critically successful 2D side-scrolling platformer, adding a further two campaigns over time.

Not stopping at this, the studio plans to round out the collection with another story adventure, as well as a multiplayer fighting game called Shovel Knight Showdown.

During a lively Gamescom, PocketGamer.biz caught up with Yacht Club Games COO James Chan to discuss the future of the indie studio, how 2019 has treated the firm so far and the likelihood of Shovel Knight transitioning to mobile.

“We announced Cyber Shadow earlier this year at PAX East and the team is trying their best to finish up Shovel Knight: King of Cards and Shovel Knight: Showdown.

"This is our first Gamescom, so we’re trying to make sure that everything that we’re publishing is up to speed and meets our quality.”

The most recent figures released by Yacht Club confirmed that Shovel Knight had surpassed 2.5 million in sales. A huge accomplishment for any developer, but it’s even more impressive when you consider how the game actually came into existence.

Power from the people

Announced on March 17th, 2013, Shovel Knight began as a Kickstarter campaign and was one of the first major releases to succeed from the crowdfunding platform.

“We launched on Kickstarter at a very opportune time,” says Chan.

“The Zeitgeist at the time was really good. We strive our best to put out a product that was the highest quality that we can do. To this day we are still trying to fulfil every one of those Kickstarter goals and we’re trying to do that to the best of our ability, which is why it’s taking so long.”

Now as development begins to wrap on half a decade of Shovel Knight, Yacht Club faces the dilemma of following up their beloved mascot. Replicating that initial success is something that many big studios have had to deal with when moving on to a brand-new IP, and is equally something that many are “afraid of”.

Chan calls this the “the sophomore slump” when it’s the second year of university and students tend to slack off. For the meantime however, Yacht Club intends to concentrate on what they do best.

“We are going to focus on what we do best, which is putting gameplay first and focusing on the quality while making sure we are creating a classic game with compelling story,” says Chan.

For those looking to follow in the footsteps of what an independent developer can achieve, Chan believes there is plenty of good advice around but does denote that it’s “very difficult” to provide useful advice with every firm different from the last.

After some deep thought, the COO’s main words of wisdom were connected to “keeping a studio’s team together”, alongside “utilising all of their best strengths” and therefore setting yourself up for the best measure for success.

This success has seen Shovel Knight itself go on to appear across the majority of major platforms, including Nintendo Switch, Xbox One, PlayStation 4, PC, Wii U, PlayStation Vita and more.

More recently, a board game version called Shovel Knight: Dungeon Duels was unveiled, with the project’s Kickstarter reaching $70,000 in its first week of being live. History repeating itself.

Of course, the most obvious absentee from this list is clearly mobile, with many believing it is a question of when rather than if for the indie darling. This is something that Chan confirmed we will see in the future.

“We do hope to eventually bring Shovel Knight as a brand to mobile,” says Chan.

“Shovel Knight: Treasure Trove as it is, we feel it would detract from the experience. You cannot play it with a controller so we do not want to give someone a subpar experience by having something that requires that much precision with touchscreen.

“I think that speaks to our focus on quality as we tried to do it and then we were like it’s too hard. People will get angry with us if they tried to play it on mobile. It wouldn’t be a good experience and we’d ruin the brand.”

Following this interview, a partnership was revealed at PAX West 2019 between Yacht Club Games and British mobile developer Nitrome, which will see the pair collaborate on Shovel Knight Dig.

The title is currently slated for Nintendo Switch, yet not all platforms have been disclosed and with Nitrome known for its work on mobile, it seems probable that Shovel Knight Dig will make its way to platform at some point down the line.

Furthermore, looking into the future beyond 2019, closing the chapter of Treasure Trove and fulfilling promises made to backers are very much the focal point of the company’s vision. And though a “little bit of a break” may be on the cards, it already has its eye on the future.

“We are going to be expanding the publishing side of the company and go into the pre-production for our next development,” says Chan.

You can check out all our stories from Gamescom 2019 right here.

The Bonfire 2: Uncharted Shores crafts its way to The Big Indie Pitch crown