"There really is a place for any kind of skill set" 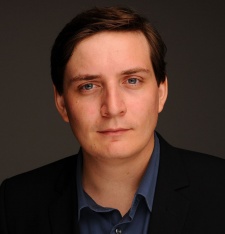 In this speaker spotlight we caught up with Falko Boecker, Senior Publishing Manager at JoyPac.

Falko has been working in the games industry for over 10 years and is focused on bringing publishers and developers from around the world together, often bridging the gap between Europe, Asia and the Americas. Before joining the JoyPac team in Copenhagen, he represented acclaimed free-to-play and mobile publishers like gamigo and Flaregames, as well as Remote Control Production’s talented family of development studios.

At Pocket Gamer Connects Helsinki 2019 he'll be part of a panel discussion entitled Asian Markets: Still a Mystery or a Standard Now?

Falko Boecker: JoyPac was created as a key for game developers from around the world to enter the challenging Asian, and specifically Chinese market. Having teams in both the East and the West, we ensure that developers have all the advantages of the western style of communication and transparency, with the local expertise required to successfully launch mobile games in Asia. Beyond that, JoyPac is entering the global market, working with exciting & talented studios to bring new games to a worldwide audience.

My job is it to guide developers through the entire process of working with JoyPac. Usually as the first they talk to, I introduce them to the company and bring them into the partnership. I remain their main point of contact afterwards, guiding them through all steps of publishing their game and stay in daily communication for the ongoing development, feedback and reporting.

I have been a lifelong gamer, getting my very first system - a Nintendo Gameboy - on my first day of primary school. Since then it was always my goal to join the industry and make my mark in the best entertainment industry in the world.

What advice would you give to anyone looking to get into the industry?

Do it! If you are passionate about video games, there are as many entry points in to the industry as there are specialists needed. Beyond just making the games as programmers, artists or game designers, there is plenty of work to be done in project management, business development and marketing. There really is a place for any kind of skill set.

The hyper casual shakeup is still going strong and you see more and more publishers specializing in a specific niche or subset of the market. This allowed many small developers to grow exponentially, some turning into publishers themselves.

Independently developed premium (and even bigger free-to-play) mobile productions have been struggling lately and it will be interesting to see how Apple Arcade can influence that development. On the hyper casual front, we will see publishers trying to further diversify and / or keep users in their games by adding more meta and slightly more complex systems. With that part of the market slowly reaching saturation, I expect some companies will go full circle back to the early days of the App Store, adding more management elements to their games.

The rise of mobile had a gigantic impact on the free-to-play market on other platforms. The browser game market, bar a few games remaining from the olden days, has almost completely moved into mobile, while PC MMOs, be it subscription or free-to-play, are being released fairly infrequently if at all. On mobile we have a whole wealth of new ways to play, free-to-play on PC has evolved into battle passes and eSports juggernauts like Fortnite and League of Legends, and Nintendo Switch is blurring the lines between gaming at home and on the go.

Which part of Pocket Gamer Connects Helsinki are you most looking forward to?

Easily the meetings. Discussing exciting new games with studios I have never met before, talking about the next steps with existing business partners, and catching up with old friends about their new games will always be a true pleasure for me.

PGC Helsinki: Alina Gribanova will be on a panel discussing trends in global publishing and business

PGC Helsinki: Jelle de Jong from Game Transactionz will be talking about monetisation through competitive play

PGC Helsinki: Aurelien Merville will be part of a panel discussing mergers and acquisitions at the show

PGC Helsinki: Kay Gruenwoldt will be leading a session about changing business models in the games industry