All about the people 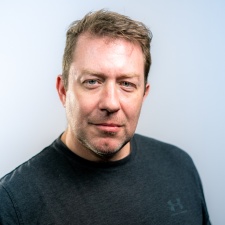 Max Everingham is the head of publishing at British publisher Team17

This time we spoke with Team17's head of publishing Max Everingham.

Max Everingham: Sure thing. I’m responsible for Team17’s publishing operation, which means I lead and support the senior commercial team and help shape our publishing strategy.

I also try to help our marketing, sales, product acquisitions, and other teams deliver on the Team17 promise: to create new stars in the gaming universe through identifying the best indie developers and helping make their games the best they can be.

That’s a long story. I started out in the early to mid-90s when by creating one of the very first video games review websites, and learning HTML along the way.

After that and I moved to Japan, the epicentre of gaming back in those days, so I could get industry news and developments as quickly as possible and send them to games magazines in the UK and US.

I believe the games industry is one of the most invigorating, exciting, constructive and worthwhile industries to be in.

I became a games writer for a while, then moved into PR and marketing.

After short stints in the US and Australia, I finally moved to latter, working for a couple of publishers/developers before joining the Australian government.

Then I worked as a Commonwealth officer and diplomat, with a focus on counter-terrorism and counter people smuggling matters.

That was quite a change, in some respects. But I then moved back to the UK and re-entered the games industry, back into marketing and communications before joining Team17 in this role.

Obviously, it’s not a conventional career path, but it’s surprising how much of my career has had building and maintaining relationships and establishing effective communications, at the core of the role.

Yes, I’ve always loved video games. Growing up I had every home PC and console going, kicking off with an Atari and Binatone Pong consoles, then the ZX80 with its enormous 1K of RAM and owning just about every subsequent console and home PC, where I could.

I started life as a professional writer so moving into PR was a natural transition for me, then marketing, which at the time was really business development, was the most exciting area to move into next.

I’ve been in the games industry for virtually as long as there’s been one and still believe it’s one of the most invigorating, exciting, constructive and worthwhile industries to be in.

There are a lot more options these days than when I was young. You can choose courses in marketing, communications, PR or any other specialisation to fit the role you’re aiming for.

I think, for a lot of non-technical roles in games, there are a lot of ‘non-teachable’ qualities that are as important as what you’ve studied, including work ethic, empathy and how you relate to and with others.

I see any management role as being a facilitator – your job is to support the people in your team, remove obstacles to let them do their job, smooth their path and help maximise their success.

People are more important than status, money and your job title.

When I can do something that helps one of my colleagues achieve something easier or more effectively, I’m happy.

For as long as I can remember, marketing in general has had a really bad rap. This hasn’t been helped by stories of excess or poor behaviour, which in my opinion have always been very much in the minority but gained the most awareness.

That’s always the way, it brings readers. But marketing is about creating distinction in the marketplace and these days that is more important than ever before, with countless incredible game experiences being produced every day.

There’s a high chance that even a great game can get lost in the noise. A publisher can help a developer cut through that and stand out, as well as take on a lot of the more routine, boring work (and risk) that is required to get a game released, and as both a publisher and developer, Team17 couldn’t be better placed to help.

That people are more important than status, money and your job title.

You don’t work for a company, you work for people, and working at something you love in a supportive, friendly environment is more valuable than any fancy title or salary.

It’s really just an extension of the last question: surround yourself with good people and positivity, don’t assume that bigger is better or be misled by external perceptions.

Take some time to find out about the company and the people you’re looking to join and choose wisely. Work hard, be conscientious, care about your colleagues and always think team (17!).