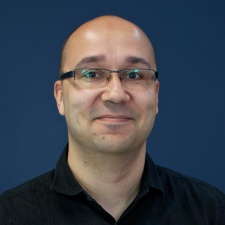 Kim Soares is the founder and CEO of Kukouri, the multi-awarded Finnish indie mobile game developer.

Kim has been an active gamer since he was five (that was back in 1979).

He started on game media in 1996 and has written over 2000 game reviews. Having been an indie game developer since 2007, he has strong views on about the state of the industry and wants to help fellow indies succeed by sharing his experiences.

We caught up with Soares to talk about the changing mobile landscape, the passion in the games industry and dealing with discoverability.

PocketGamer.biz: Could you tell us a bit about Kukouri?

As a CEO of a small indie, I do everything I can. My own discipline is game design but a lot of my time goes into running the company and following the development of this fast moving industry.

Games have been my passion since the age of five and I wanted more than just playing them.

The player's perspective is only a small glimpse of what the actual industry is like. It's not the easiest profession, but it's one where people have a passion you seldom see in any other industry.

No big changes since the PUBG and Fortnite phenomenon. Everyone seems to be on the lookout for what the next big change and opportunity could be.

And everyone is paying close attention to the loot box legislation.

Cross-platform play will become more common, although I do not view that as too big of a change.

My prediction is actually that there won't be any major new trends in the next 12 months. I also predict that Apple Arcade will stay a quite small part of the App Store.

Mobile is getting harder and harder for everyone. The UA costs increase because discoverability is growing as an issue as the pace of new games being released rises.

The same phenomenon is now affecting PC games too, making it harder to succeed on Steam. The new platforms like Epic Store are still to prove they can help to alleviate the situation in any way.

At Pocket Gamer Connects London 2020, Kim Soares will be part of a panel called "What are the things you wish you knew when you started developing your games?" To get more info about the show and to book your tickets, click here.