New markets are starting to catch up 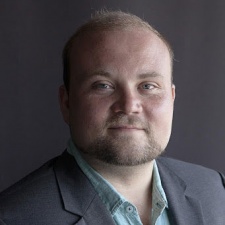 He professionalized his passion for video games in 2006 and has since emerged as a games industry veteran with over a decade of experience in digital distribution, monetization, payments, and business development.

Migura established hundreds of partnerships with major gaming companies from around the globe, including Valve, EA, Ubisoft, Riot Games, Smilegate, and Nexon, particularly in Latin America and Western Europe.

He served Brazil’s UOL group as a director and lead its gaming unit to become a multi-billion volume business.

We caught up with Migurai to talk about making significant revenue in emerging markets.

PocketGamer.biz: Can you tell us a bit about the LatinDV?

Julian Migura: LatinDV is a digital venture lab with a special focus on bridging the gap between Latin America and the ‘Northern world’. We are leading the international business development for Tencent’s Latin America outfit LevelUp.

Business development, partnerships, mostly explaining cultural and local particularities and peculiarities - empowering our teams and partners to thrive in international environments and on a global scale.

I was always a gamer but working in the industry happened sort of by accident when I was working in a civic service role in the UK and my German minimum salary didn't allow me to survive well beyond the first weekend - the rest is history!

What advice would you give to anyone wanting to get into it?

It’s a very collaborative industry and people are usually happy to help and very approachable - so don’t feel shy to reach out to learn from people!

On the distribution side, one big item was the emergence of Epic Game Store trying to break the de-facto monopoly of Steam for PC and also Tencent in general, doing the same on mobile on android.

Other than that, the realisation that mobile can now make you significant revenue in emerging markets which was not the case before, for example FreeFire in Brazil.

In emerging markets: catch-up in monetization potential thus increase in user acquisition costs. Major focus for mobile games for low spec Android devices - 2 of 3 new Android phones from emerging markets and infrastructures are not ready for the developing markets predictions.

How has the games industry changed since you first got into it?

First of all, it moved significantly from physical to digital. Distribution and also monetization have changed from a very ‘open’ setup - where everybody was doing their own stuff to an extremely protected and controlled environment.

For example on mobile where Google Play and the Apple App Store control 95% of the distribution and purchasing experience.

Monetizer track overview - because it’s what I deal with every day, and will help me learn new things and see how people solve monetization issues in emerging markets.

For more information, and to book your tickets for the event, click here.