"We’re doing better on this front than ever before" 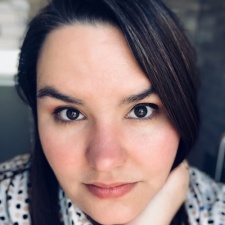 Elizabeth Sampat is the creative director for Ubisoft's Future Games of London Studio.

As 2019 begins to fade into memory, we're taking a look back at the events that have dominated the last 12 months in mobile gaming.

As such, we've asked the industry's great and good to give us their take on the year, as well as predicting the trends that will dominate in 2020.

PocketGamer.biz: What do you think was the biggest news or event for the mobile games industry in 2019?

Elizabeth Sampat: It’s always news when a brand-new game manages to hit the top of the App Store charts, but Call of Duty: Mobile had the biggest launch in mobile game history! I think it’s indicative of a larger trend – much like in Hollywood, studios are relying on established IP to help differentiate their games in a super-saturated market.

In terms of your company, what's the thing you're most proud of during 2019?

This has been a really fantastic year for our studio, Future Games of London: we kicked off our prototyping and incubation process, we crossed over 800 million lifetime downloads for the Hungry Shark brand and received the TIGA award for Best In-House Studio of 2019. But personally, the thing I’m proudest of is the hard work we’ve done as a studio to outline our culture, our mission, and our values.

Everyone who works at FGOL feels real pride and ownership over the studio, and right now we’re working hard to ensure that the creative, inclusive, playful culture we love is reflected in our vision and values. Keep a lookout for those early next year.

Which mobile games have you most played/enjoyed during 2019?

I think it’s indicative of a larger trend – much like in Hollywood, studios are relying on established IP to help differentiate their games in a super-saturated market.

There were so many games eating my time this year. I played a ton of Diner Dash Adventures and Merge Magic and there was something really exciting about playing Mario Kart Tour. Plus, of course, Assassin’s Creed: Rebellion. I know it came out last year but all of the game designers here at FGOL got together to play it and we had a blast.

In terms of monetisation strategies, battle passes are getting huge. Fortnite popularised them and now you’ll even see battle passes in casual match-three titles. That said, not every game is built in a way that works for that kind of monetisation. It’s going to be interesting to see what creative solutions arise.

I do think subscriptions are ultimately the way of the future, but I’m not sure if 2020 is the year they really hit it big. Ask me a year from now about my predictions for 2021.

If you had one New Year's Resolution for the mobile game industry, what would it be?

I’ve been making mobile games for seven years and I’ll be the first to admit that we’re doing better on this front than ever before. But I think there’s still plenty we can do to deeply understand the people who love and play our games— and to make things that are really worth the time we’re asking them to spend with us.

You can check out all our 2019 in Review articles here.