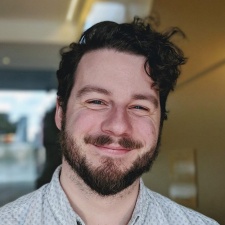 This week, we talked to Studio Zero director William Mesilane about the creation of the Australian firm's first game release and its latest project, Shop Drifter.

William Mesilane: I've been making games for a long, long time now. I'd like to say when I was about 11, I was given what was known back then as Macromedia Flash MX from one of my parents. From here I went away and made animations, eventually learning you could script in the Actionscript language by about the age of 13, and have been doing it ever since.

Very quickly I was able to create small Flash games for Newgrounds and even made my first bit of cash when I was about 14 from a large Flash Game Collaboration called Four Second Firestorm. It was $25 which to a teen that young was like receiving a cheque in the mail for one million dollars - it was a pretty huge deal.

From there my path has gone from trying to be an artist/animator to learning to program, to making UI for PC and PlayStation 4 games, and now to finally being a mobile developer and running my own company, Studio Zero.

For me it's far less about the money or the fame that comes with making a mega-successful hit game, it's more about seeing people connect with and enjoy the works I've created

I'm in a very fortunate position compared to others indie developers in that I actually have a full-time job, where five days a week I programme mobile games for Millipede (Dumb Ways to Die 2).

A day for me is going to work, developing really great products for a variety of different projects and coming home to work on Studio Zero. Public transport time in the morning and afternoon is great, dedicated time blocked out to work on Studio Zero just on my laptop and an hour or two each night doing my own thing.

Time management has been the most difficult due to having a full-time job. Alongside this, skills management, as I am mostly a solo developer handling all code as well as art, business development, and getting the word out about my games. Marketing is hard when your budget is essentially nothing, yet you want to reach a huge audience.

For me it's far less about the money or the fame that comes with making a mega-successful hit game, it's more about seeing people connect with and enjoy the works I've created. Studio Zero's goals are to make amazing games and build a sustainable business.

To give a great example: my first game Harvest was not a financial success in any sense of the phrase, however I don't consider it a failure at all - quite the contrary! During PAX Australia in October, upon learning my newest game in development was unreleased, a father and son took it upon themselves to seek out my previous works and found Harvest.

They visited the booth every day after that to say hello and to express how much they enjoyed playing Harvest together. This isn't the only instance of a story like this, and its moments such as this I use to define whether I've been successful or not.

I have a single piece of fan art for Harvest framed and hung on my wall at home. If I can do that with each new game I make and have more experience like I've described, I'll consider myself more than successful.

If I could put it into just one word, it would be 'interesting'. We're seeing a push for more premium content with services like Apple Arcade and the industry constantly shifting with tactics like surprise mechanics reaching the public eye more, and even becoming illegal in certain countries. I think it's going to be really fascinating to see the way the industry adapts over the next two to three years.

Currently I'm making Shop Drifter - a game about the secret underground shopping trolley drift scene. It's a simple single input mobile game that sees the player take control of shopping carts, drifting around town, dodging traffic, pedestrians and all manner of obstacles for as long and as far as possible.

When I was younger, I lived on the bottom of a hill and, well, you can probably put two and two together to see where the idea came from. I only really thought to turn it into a game toward the tail end of developing Harvest in 2016. It's been with me ever since. Better late than never, right?

I aim to release Shop Drifter in June of 2020, and I aim to support it with updates for as long as it's viable for me to do so. Ultimately, the goal is for Studio Zero to be my full-time job working with a very small team making meaningful content for consumers around the world.

We're going to start with making these smaller-scale mobile games and eventually expand into larger types of releases for multiple platforms.

I've never really wanted to be a part of something huge, such as those huge triple-A games with hundreds of people and millions of dollars. Despite all the ideas I've had over the years for these kinds of games, deep down I don't think they're the kind of projects I'd like to make. I want to make smaller-scale games that tell more meaningful stories that subvert the genre.

An unlimited budget doesn't mean a huge team or huge scope, it means security for the people working with me and the time to make the game the best it could possibly be.

Make lots of games, release lots of games and really understand what your goals are. There's something to be said for working on your dream and passion project for one, two, or even three years, and then finally releasing it.

What I've found in the last few is that working on numerous smaller projects and moving through rapid release cycles is going to teach you an infinite amount more about making games, releasing games, and the business than making one huge project ever will.

You can still make that project, but maybe don't try it as the first game you ever make. You'll learn how to iterate on what you've learned, and master the tools you've chosen, whether it be Unity, Unreal, Flash or whatever. At the end of the day, you’re going to become a much more skilled developer so much quicker.