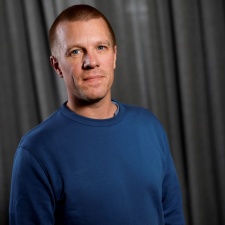 Founded in 2010, Stockholm-based mobile games developer MAG Interactive has been working away on word, trivia and puzzle titles all to varying degrees of success. However, the company’s latest financials show that the firm is on the right tracks with a 17 per cent boost in revenue year-on-year.

Furthermore, the average revenue per daily active users ended at 2.9 US cents for the period, representing a rise of 33 per cent, something that can be easily overlooked but more importantly something that has helped juggernauts like Pokemon GO grow from strength to strength by focusing on a more core player base that mass market.

With the games company due to reach a decade since inception, we spoke to MAG Interactive CEO and co-founder Daniel Hasselberg about the firm’s recent financial results as well as what lies on the horizon for the wordsmith studio.

PocketGamer.biz: Can you start by telling us how 2019 was for MAG Interactive? What were the highlights and lowlights you encountered?

Daniel Hasselberg: We decided to focus the company around social multiplayer games at the end of 2018. In 2019 it's been really rewarding to see that focus pay off in terms of growing the revenue from our multiplayer games with more than 50 per cent in just one year. It's also been a really good year for us in terms of both hiring a number amazing people and getting back to growth mode as a company.

We achieved 20 million downloads in a few months, but players tend to leave games in that category pretty quickly.

MAG just released its interim report from September to November, showing a 17 per cent increase in revenue but fall in MAU by 40 per cent, why do you think this is?

It goes back to us having a huge hypercasual hit the year before called PaintHit. We achieved 20 million downloads in a few months, but players tend to leave games in that category pretty quickly. When comparing year-over-year the players from that game are pretty much gone - which explains the big drop.

Are you happy with these numbers? How will you look to bring that 40 per cent of players back?

Our focus is not to bring them back or develop games in the hypercasual space at all, but instead really doubling down on our social multiplayer games. That user base is much more stable, consistent and provides better long-term revenue growth for us.

How many people are now employed at MAG Interactive?

Around 80 people, split between our studios in Stockholm and Brighton.

How do you combat toxicity in the workplace?

I think the best way is to make sure you have a very transparent workplace to avoid toxicity spreading in the first place. We run frequent mini surveys to pick up how people and teams feel and perform. And we do things like AMA (Ask Me Anything) sessions with the entire company to make sure whatever needs to be addressed gets talked about.

If any kind of toxicity appears, despite the efforts to be proactive, there is a zero-tolerance attitude from the company’s perspective. Your workplace should be a safe and positive place for everyone in the company.

What is the biggest lesson you've taken away from 2019?

If any kind of toxicity appears, despite the efforts to be proactive, there is a zero-tolerance attitude from the company’s perspective.

We have put more emphasis on player understanding and working with things like self-determination theory to think about the players in different ways than just demographics. Why are they doing what they do and what needs are we trying to satisfy? That can really open up new ways of thinking when designing a game.

How many games are currently in development at MAG Interactive? How many do you expect to launch in 2020?

We have four live games in active development and several games in earlier stage with the one closest to global launch being New QuizDuel - which is the next generation of a classic trivia game that has been downloaded more than 100 million times, since its inception.

Is there anything you can tell us about any upcoming games?

We are always trying to address the audience of social, casual gamers. We are most experienced in word and trivia, but some of the games in the pipeline are outside of those categories as well.

MAG Interactive celebrates its 10th anniversary in 2020, what will you be doing to celebrate this milestone?

We are still in planning mode. Possibly a huge party where we invite the game industry folks we know around Europe in general and Stockholm/Brighton in particular.

What does 2020 and beyond look like for MAG Interactive?

We recently launched a new word game called Wordzee, developed by our Brighton studio. We hope that Wordzee will make a real impact on the stores and in the word game genre during 2020.

We are also very excited about New QuizDuel, as millions of players will be cross-promoted to a great new version of the game. We think and hope that the players across the world will have a great time with the new game!