Making Of: How Illusion Labs' Way of the Turtle found its way to Apple Arcade 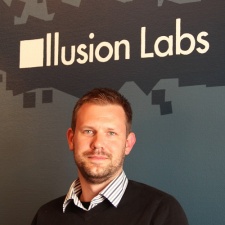 Marcus Dawson is the CEO of indie studio Illusion Labs.

This week we spoke with Illusion Labs CEO Marcus Dawson surrounding the decision to launch adventure platformer Way of the Turtle on Apple Arcade.

PocketGamer.biz: Can you start off by telling us about Way of the Turtle?

Marcus Dawson: Way of the Turtle is a cute Metroidvania inspired platformer. You run along connected paths in a 3D-world using abilities such as dash, attack and shield, as well as jumping to defeat enemies and overcome obstacles.

We wanted to create something more than a standard platform game so we took inspiration from the Metroidvania genre.

Mr. and Ms. Turtle (our main characters) get stranded on a tropical island during their honeymoon. They quickly realise that there is something strange with the island and are thrown into a series of adventures. It's a fun game for all ages.

We heard of Apple Arcade when we were just about to finish our previous game Bacon Escape 2. There wasn't a new game planned for us but we knew that we wanted to be part of the service. So, we quickly gathered all the ideas laying around in the office. The idea originates from our successful Mr. Crab series - an auto-runner where a crab climbs a tower.

We wanted to get rid of the tower and create a 2D path in a 3D environment where the character could move more freely. This way the game would get a 3D feel and we could use the 3D depth for a lot of cool stuff, but at the same time keep the controls simple, which is crucial for mobile devices.

The only control in Mr. Crab is a tap that will make the character jump. In Way of the Turtle, we split the inputs so the right side of the screen is jump and the left side is used for a special ability. We kept the auto-running, but added a swipe gesture to change direction. With these controls, we had basically everything that makes up a good set of controls for a platform game but simplified for mobile device inputs.

We wanted to create something more than a standard platform game so we took inspiration from the Metroidvania genre. This resulted in Way of the Turtle to feel a bit more exciting and modern. Our in-house 3D engine had received an upgrade with our recently released game Touchgrind BMX 2, and we wanted to try this engine with another art style. We decided on a stylised art direction with hand-drawn textures in modern PBR-lighting and rendering. All these ideas were baked together and resulted in Way of the Turtle.

The production lasted around nine months from start to finish. Very tight considering the scope of the game, but we really wanted to make this game so it was well worth it in the end. The entire Illusion Labs team of around 13 people worked on this game. Additionally, we hired two external developers for audio and music.

I think the biggest challenge was scope and time. We had to make some cuts to be able to hit the deadline, and it is always difficult to decide what to cut when you feel all parts are important for the game. But I think we made the right decisions here. We also realised that auto-run mechanics were limiting how we could interact with enemies. So, we needed to come up with clever ways to tweak the character/enemy interactions.

We were so focused on getting everything in place that it was only a couple of weeks from the release that everything came together and a wonderful game magically appeared.

I think this was very late in the project. I knew that we were on to something great already in the first prototype (about a month into production) but a satisfying product came much later.

We were so focused on getting everything in place that it was only a couple of weeks from the release that everything came together and a wonderful game magically appeared. I remember the feeling I got when I managed to play through the entire game for the first time. Goosebumps.

It's an amazing game and it has been very well received. I think the Apple Arcade platform is a great way to release games where we can focus entirely on creating a great game and not on monetisation.

Well, Way of the Turtle is a single-player games experience so there are not as many live ops. Although we have a major update to the game coming out really soon which will continue the narrative.

The game ended in a bit of a cliffhanger, and this update will let the players know what happened to the turtles and how their adventure continues. The update is quite large and I think it is approximately the same game length as the entire first part of the game.

We have two projects up and running. One is a new game in the Touchgrind-series which have been very much requested by the fans. It looks great already and we plan to have it out sometime this year.

The other project is a really big production we are working on and it will be really amazing. I am so proud of this game and I think it will be a very big deal. I can't say much about it but it will be a big step to get console-like games on the mobile platform

Mobile in Malmo: Why it's no biggie when Sweden's big boys struggle