Indie Spotlight: Orbital Knight CEO Karol Drzymała shares how persistence is the key to survival as an indie

"We've been through some ups and downs over the years" 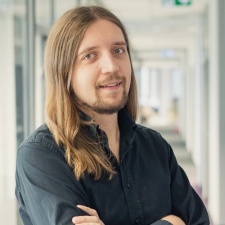 This week, we spoke to Orbital Knight CEO Karol Drzymała surrounding the development of Crazy Kick, and the difficulties of survival that can come when acting as an independent studio.

Karol Drzymała: I always wanted to make video games, but when I graduated it was pretty difficult to get into the industry in Poland. There were just a few studios, and it was hard to get in through to door without prior experience. Classic catch-22.

From here, I started a regular IT career as a programmer, then went on to become an analyst and finally a team leader. Five years later, I was working at a software house (Bluesoft) which began to expand. I took the opportunity and pitched an idea to expand into mobile games and that's how it all started.

When we started in 2012 it was far easier to launch and self-publish a game.

For us, it means a constant search for great ideas and great titles. The fact is because we're a moderately sized team we don't need to spend much time on other processes like handling the company itself or consuming the energy to communicate with different departments. We really focus on creating great games - that's it!

Surviving. We've been through some ups and downs over the years. 2018 was a tough year in particular. Weathering the storm and keeping everyone together was a real challenge during that time.

I'd define success as being able to do exactly what I love while still being able to make enough money to live a moderately decent life.

When we started in 2012 it was far easier to launch and self-publish a game. Right now, the ability to do that is limited by the number of funds you have available for UA, therefore for independent developers, it means self-publishing is nearly impossible.

On the other hand, there are quite a few publishers that fill in that gap. Take Voodoo for instance, where you sign up, then the firm helps with testing and also takes care of the UA on your behalf. The games space is now completely different, but the bar for entry is still quite manageable for indies.

With over 30 million downloads across App Store and Google Play, Crazy Kick is one of the most popular mobile games we have ever released. What makes the game unique and so engaging is the fact you actually control the ball itself rather than character.

Additionally, the design behind the levels makes it relatively easy to play from the off, yet the game still remains really challenging multiple hours later.

With over 30 million downloads across App Store and Google Play, Crazy Kick is one of the most popular mobile games we have ever released.

We are really satisfied with how our cooperation with Voodoo turned out and we plan to continue that going forward. For the minute, we're focused on our next hit, though we can’t share any details surrounding that right now.

We're also moving a bit beyond that as we are starting to help other developers to launch a successful hit game via Voodoo. A couple of talented developers are already working in cooperation.

The top two pieces of advice I can give are simply: persistence and patience. Try not to take failure as failure, but as a lesson in itself. Learn from these mistakes. Never stop. Be persistent and eventually you will get there.