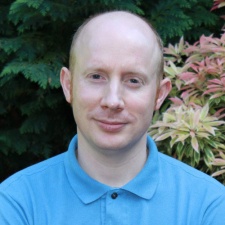 Today, we're speaking to Rob Hewson from Huey Games, who submitted Wreckout to The Big Indie Pitch (Mobile Edition) at Pocket Gamer Connects Digital #1 and walked away with the prize for third place.

Rob Hewson: There are three company founders with 50-something years of combined industry experience, but one is semi-retired so it is myself and John Ogden fulltime. My background is as a Lead Designer and Game Director of 15 years, and John has 22 years as a Technical Lead. On Wreckout specifically, there's also Jonathan Port as the lead gameplay programmer, and various other partners and contractors.

John is the technical wizard who gets right down to the metal, in the past, he has built bespoke game engines from the ground up and cutting edge graphical pipelines, so he has a deep level of knowledge. Jonathan is one of the best gameplay programmers I have ever worked with because he has a natural instinct for great game design. He and I are always on the same wavelength, bouncing ideas back and forth and iterating at lightning speed.

Tell us about Wreckout that you pitched at the competition.

Wreckout is an arcade multiplayer for the eSports generation. It's like a fusion of Speedball, Breakout and Rocket League but with the speed and intensity of tennis. The thing which really excites us about Wreckout is that although the most skillful player usually wins, matches are always white-knuckle, knife-edge affairs. When we take Wreckout to events we get crowds gathering around, and things get incredibly noisy and competitive.

What do you think are the most unique and interesting aspects of Wreckout that gamers may never have seen before?

There were two key eureka moments early in development. The first was devising the unique vehicle-slingshot mechanic which is at the heart of the Wreckout experience. You fling the ball around like a Hammer-thrower at the Olympics, but with your vehicle in place of the athlete, which is incredibly fun in and of itself. It's intuitive, physics-driven, and has simple controls, but there's also a huge level of depth for committed players to master.

The second eureka moment was implementing the Breakout-style bricks. Before this, we actually had goalposts, like other games in the genre, but they have the disadvantage of disrupting the fast-flowing nature of the game each time somebody scores. The addition of the bricks not only maintains the tempo, but it also creates a natural feedback loop - the player who is in the lead has less remaining bricks to aim for, which keeps matches on a knife-edge.

Wreckout really looks to blend both the modern with retro, and has a lot of classic gaming inspirations at its core. Is classic old school gaming something that you consciously looked to tap into when creating Wreckout?

Our term for that blend is "neo-retro" and it is a core theme running through our catalogue of games. In the case of Wreckout, we wanted to capture the frantic multiplayer feel we remember from games like Micro Machines and Speedball and to leverage the familiarity of Breakout while offering a completely fresh experience. These retro influences speak to the first of our core pillars for Wreckout; pick-up-and-play, while the "neo" part of the equation is found in the modern feature set and presentation style which supports the remaining pillars; depth and mastery, watchability and expandability.

Multiplayer games, especially couch-based, have become a really popular genre in recent years as retro gaming has seen a revival. What made you choose this genre, and what do you think you bring to it that may not have been seen before?

In a way, we feel like the genre chose us. The first prototype was just a car driving around in a desert with a grappling chain. That then evolved to the vehicle-slingshot mechanic and it was just crying out to be put into the context of a competitive game, so that's what we did.

I was personally a huge fan of Micro Machines back in the day, and there's definitely a nod to that in the handling of the vehicles and the fast and frantic nature of the competition. There's something so invigorating about a competitive game which gets people pumped up and shouting with glee one moment and disbelief the next. It's a really joyful genre to work in.

How did you come to choose the platforms that you would develop Wreckout for?

Initially, we were targeting consoles as with most of our previous titles, but we realized that there was also a huge opportunity for a mobile version after engaging with our network particularly at events like PGC. It has been really exciting to go on that journey and to see how the concept can be adapted to maximize the potential of each platform.

It is very difficult unless you have a solid strategy for generating revenue consistently. One of our mantras is "you've got to kiss a lot of frogs before you find your prince", so you can't expect to just show up and get funding right away, no matter how great your prototype is.

You need to get out there, network, and have lots of meetings, but more importantly, you've got to build a business first and foremost. We've got great clients on the contracting side of the business for example - we do console ports, design consulting, and other work-for-hire projects, which gives us the security to work on original IP like Wreckout.

Generate money as soon as possible and make a small game first. If you can establish revenue streams straight away, with contract work for example, then you give yourself the financial security you need to build your team and your game. Games always take longer than you expect to develop, so if you make a small game first you give yourself the best chance of getting that debut project under your belt to establish yourselves in the market.

I've had the pleasure of doing the BIP several times before, but this time was a bit different with it being a virtual event. It was impressive to see that the networking opportunity was just as good as at previous face-to-face pitches. The only downside is I didn't get as much exercise running between tables as usual!

For me, the two key benefits are networking and feedback. As I said before we are big believers in getting out there and meeting people because you never know what piece of serendipity is going to lead to your next deal. Feedback is always important - developing and pitching games are both processes where continuous improvement is vital, and you need external feedback to fuel that.

We feel like we are in a great position with Wreckout - people see the potential of the game, so it is on us to keep driving it forward and to choose the best partners to go to market with. As for future projects, we've got something else in pre-production which is looking stunning, hopefully, we'll get the opportunity to share it at a BIP event soon!

The Big Indie Interviews: Subpixel tell us all about how they mixed hypercasual and retro to create Ready Set Goat