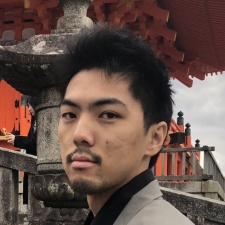 This time around, we spoke to Lawson He, the creator of Pokey Ball and chart-topper Tower Run, about working with Voodoo and creating successful games.

PocketGamer.biz: How did you first get started?

Lawson He: After I quit my job as a programmer, I was looking for something to do. In early 2019, I stumbled upon the game Bricks n Balls and thought to myself that I could make a game like this, since the game logic seemed pretty simple. So I ended up making a Tetris-like game that failed horribly.

I feel like hyper-casual is the only option if you're a solo dev. It only takes 2-3 days to make the first iteration of the game, and you will know in another 2-3 days whether that game is worth pursuing. This data-driven approach is crucial because it takes what some consider an art and turns it into a science.

In early 2019 Voodoo was dominating the App Store, and so naturally I wanted to partner with them, since I convinced myself that I could not do it myself. I used to work at Liftoff, a DSP, so I knew how much money and talent it takes behind the scenes.

I showed Voodoo my Tetris-like game and they decided they wanted to test it for me by spending ad dollars in the market. Although the test was a complete failure, Voodoo also granted me access to a large trove of information on how to make awesome games, and so I went down that rabbit hole.

When you are first starting out as a game dev, it is crucial, in my opinion, to partner with a publisher so you can at least understand the process of publishing a game.

They have a large database of information on how to make great games. They also run regular livestreams on YouTube which is a useful tool to interact and ask questions you have about anything.

However, the best part about Voodoo is the launch-ops team. This is essentially a team of game designers, programmers, and artists that Voodoo will give you that are dedicated to work on your game, after your game passes the testing phase. The best part is that the launch-ops comes for free, you don't have to give up any revenue share for that.

I would say that Voodoo has increased my business' revenue by infinite %. Because without Voodoo, I would have 0 revenue.

When you are first starting out as a game dev, it is crucial, in my opinion, to partner with a publisher so you can at least understand the process of publishing a game. Once you get one or two games published you can think about self-publishing, which is still going to be really hard, but at least you know how to go about it and have the money to bootstrap your team. And it is indeed going to require a team to self-publish.

The most common mistake that I see when people are making hyper-casual games is that they make their game too similar to games that have already been in the top 50 of the App Store. As those games have already had tons of ad dollars spent on them, the CPI is "used up", and thus your tests are likely to show a high CPI, which is bad.

You should instead focus on entirely new gameplay experiences, or try to find game ideas from games that have not been in the top 50, but maybe rank 200-2000. In those cases, it likely means the game has good characteristics about it, either good CPI or good retention, but not both.

One more important thing, in my opinion, is that you should focus first on finding an idea that will have good CPI, rather than good retention. The retention is more malleable, so you can improve that afterwards.

Testing is crucial for hyper-casual games (and I'd argue all games) because that's how you avoid spending months and years working on a game that will not resonate with the market.

In the next 12 months, I would like to build a team and make an MMO. But first, maybe I will make one more hyper-casual game.