Part of our careers week at Pocket Gamer Connects Digital #2 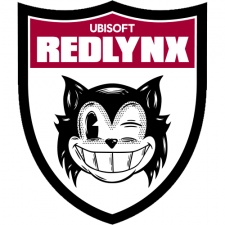 Based in Helsinki, Finland, RedLynx is a studio with two decades worth of experience. Founded in the year 2000, the firm was acquired by Ubisoft in November 2011 after establishing its place in games with the Trials series.

Alongside this, Ubisoft RedLynx has found success on the mobile platform with South Park: Phone Destroyer, a free-to-play real-time strategy card game which launched in 2017 to a strong critical reception. It also recently published Tom Clancy's The Division 2 on Stadia alongside fellow Ubisoft studio Massive.

Now the studio has opened its doors once more as it looks to bring on a whole host of new talent, with all roles listed expected to work on unannounced projects and influence major titles during their early stages of game development.

We're hosting some of these jobs and more on the Pocket Gamer Connects Digital #2 recruitment listings as part of our Careers Week initiative, which also includes dedicated recruitment talks and a virtual jobs fair.

To find out more about the open positions in Helsinki and more, we caught up with Ubisoft RedLynx talent acquisition specialist Liljaana Lähteenkorva to discuss current vacancies, company culture, and what the studio is looking for in candidates.

PocketGamer.biz: Could you give us some background on Ubisoft RedLynx and what you do?

Liljaana Lähteenkorva: Ubisoft RedLynx is celebrating its 20th anniversary this year. It's been around since 2000 and we are one of the biggest and longest-standing game studios in Finland. Right now, we are a team of 150 people in Helsinki. It's a great international atmosphere with 20-plus nationalities represented here.

We make really versatile games for mobile, console, and PC. RedLynx is an integral part of the Ubisoft family, with the company as a whole having more than 18,000 game developers all around the world. We are granted the resources and support of a huge game developer and publisher while getting to collaborate with bigger projects. Additionally, we develop our own games as a lead studio.

At the moment, we are hiring for a few programmers. On the mobile side, we're looking for a generalist Unity/C# programmer, mostly working on the client-side and gameplay features. On console, we are looking for an online programmer/server programmer in our latest console/pc game.

We are looking for a lead programmer to lead a team of UI and tech/engine programmers too.

Another thing is live ops/economy design. On our latest project, we are looking for a game designer that will focus on generalist game design – a little bit of everything – or the role can be focused on economy design, such as progression, rewards, monetisation, etcetera.

The team is also looking for a live operations manager who will collaborate with stakeholders to create events and more once the game is up and running. This is very much a hands-on role that will see the planning of the monetisation system in the game.

As you're overseeing recruitment at Ubisoft RedLynx, what do you look for in candidates?

At Ubisoft, we are looking form great collaboration skills. Developing a game is a team sport. Somebody that fosters and really enjoys where things are developed, discussed, and decided together would be really happy at RedLynx.

We're looking for people that want to challenge themselves and grow continuously. We always try to be on the edge of our own expertise, so that we can learn new things and try out new stuff. People with that same growth mindset would fit well.

Sometimes it's really hard to get that first job in the games industry but hobby projects go a long way. An example is that in Finland, the IGDA events are available for anyone to join where you can meet game developers.

Taking part in game jams and game competitions help too. Whether you are a programmer, artist or designer, there's a lot of things you can do as a hobby project on your own to showcase your skills in a portfolio. That's a great way of breaking into the industry.

For a full list of vacancies, you can visit Ubisoft RedLynx's official website or check them out on the Pocket Gamer Connects Digital #2 recruitment listings.