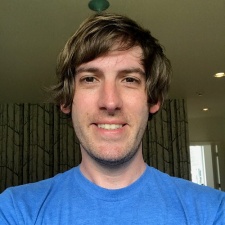 Josh Presseisen is the founder of Crescent Moon Games

This week, we spoke with Crescent Moon Games founder Josh Presseisen on the forming of the studio and how the publishing of Legend of the Skyfish 2 on Apple Arcade came about.

Josh Presseisen: It started back in 2007 when I wanted to make a multiplayer battle game for PC called Ravensword - think Counter Strike but medieval/fantasy. It didn't go so well with the multiplayer programming, and with the App Store just beginning to take off, we released it as a single-player RPG in 2009.

After a month it went straight to number one for RPGs on the store. From this, we started releasing more games while helping other developers.

I suppose it's not that much different from anything else out there, however it has more flexibility but with that possibly more worry than a 'stable' job. I wake up, I go to work, and do the tasks that I believe need completing to move onto the next stage.

If you are launching a new title it seems as if the market is split into two portions: famous indies and true indies.

There's always the worry that things could quickly go downhill. This is even more worrying when you are supporting a family via your own business, so it's tricky. Luckily, I've made it through all these years with only relatively minor setbacks so far.

The challenges come from the handling of all the many tasks that need to be completed. I've just recently hired someone to take care of the social media aspect, which has helped me a lot with being able to focus on the game development side. When you are both the publisher and developer, there's a lot to juggle.

Success is being able to pay bills. I think it would be different if I was young and didn't have a family to worry about. It would then just be the aim of getting a game out there for people to play and feedback being enough of a response.

It's really, really tough. If you are launching a new title it seems as if the market is split into two portions: famous indies and true indies. For the most part, I represent the true indies. Those that have maybe only released one of two games and don't have as many resources to promote or finish the project.

Could you tell us about Legend of the Skyfish 2 and why the game felt right for mobile?

It was pretty easy because the first Skyfish game did well on mobile and just needed more depth, which is what arrived in Skyfish 2. The players just wanted more things to do - more quests, items, interactions, while still maintaining all of the puzzle elements.

I originally heard about Apple Arcade through another developer. However, I then had a meeting with Apple at GDC in early 2018, where they hinted at the new subscription service but were vague on the details.

Following this, I received another email a year on asking for game pitches. I sent a bunch across and we managed to get two into the program.

It was the promise of something similar to premium games, but where the actual revenue could
be made without sparing artistic integrity and having to add tons of IAP's and advertisements to sell a game. The game would still be made with a one-time purchase in mind.

Although, I think premium has really died for most developers over the past few years, so with Apple Arcade we hoped this would help to get some of that back.

Myself and the team have had to all deal with working remotely instead of in a studio, which has put some extra burdens on us all. We are all healthy, thankfully. It's taken a bit longer to complete certain tasks as we don't have everything available at home as we did in the studio. Things are starting to open back up though.

To still make and publish games! Additionally, I'd like to continue to pitch games to Apple Arcade and Google Play Pass for inclusion into their programs. I also have some places to do some Switch publishing in the near future.

I don't even know, honestly. Probably some big open-world game with unique rules. It's hard to say right now, as I'm solely focused on working on small demos.

I think making it means being able to sustain yourself in the industry. I think it's way too difficult to have a hit game which would allow this, so making multiple smaller games and building up a library is what I would consider as a means to success.

Learn more and make mistakes with each game that you make. It's more of a long term goal but it's probably the most reliable way to 'make it'.