POC in Mobile: Peak's Shaneka Jeffrey on her journey to being a QA manager 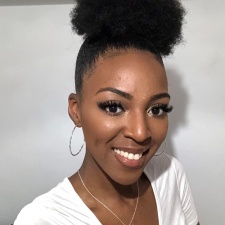 This week, we spoke with Peak QA manager Shaneka Jeffrey about why this career route can give anyone a good overview of the numerous roles available in games, and why education is vital to improving diversity in the industry.

Shaneka Jeffrey: I work at Peak – Brain training, an app designed to train different cognitive skills like memory, focus, problem-solving etcetera. The app features over 40 games which are made to improve your cognitive skills over time. My role at Peak is the QA Manager and, essentially, myself and my team are responsible for testing the app.

QA's perception in my company (and actually this has been somewhat of an industry-wide trend) has changed quite a lot over years to be much more at the forefront of the product rather than an afterthought. We aren't just bug catchers, we can also be bug preventers, and our product knowledge is usually second to none since we test the app/games every day.

Instead of spending lots of money on expensive courses, my advice would be to read up as much as you can about it for free online and then just get stuck in.

So, my role revolves around making sure that the features we develop are not only as bug-free as possible, but also that the experience matches what was initially intended from a product perspective.

I've always loved games. From as far back as I can remember, they've been a big part of my life, since all my family played games when I was growing up; it was as much a part of my household as the TV was. The pivotal moment for me was when I started reading Official Nintendo Magazine in my teens, and then it dawned on me that people actually had careers creating these games and that I could too.

As for mobile games in particular, that I just fell into. My first job in testing was at an outsourcing company, so I worked on lots of different projects, but most of them happened to be mobile games or apps, and from there I became very familiar with iOS and Android devices and enjoyed working with them.

Definitely start by playing games as much as you can and try as many as you can. Get a feel for what you like and don’t like, and that'll help you to know what other people may or may not like too. I might be biased, but I feel like starting in QA is a great gateway into different roles, because you get the chance to work with lots of different people in different disciplines and see how development works from beginning to end.

I;d recommend reading 'Blood, Sweat, and Pixels: The Triumphant, Turbulent Stories Behind How Video Games Are Made' by Jason Schreier. Not only is it a great book, but it also gives you a real insight into what it can be like to work in games.

I'd also recommend attending games events (not so easy at the minute) to meet people who work in the industry, as you never know when an opportunity may arise.

I studied Computer Science at university, and although it has helped me in my role, since having some technical knowledge does help to better understand how and why certain bugs might occur, I definitely don't think it's necessary. I haven’t done any QA specific courses, so I learnt entirely on the job.

Instead of spending lots of money on expensive courses, my advice would be to read up as much as you can about it for free online and then just get stuck in. I know it's a lot easier said than done to get a job in the industry, so if you're having difficulty then try to gain some experience and a feel for the role by working for a company that provides outsourced or crowdsourced testing services, which should be easier to get into.

To see lasting improvements across all industries I think change needs to come from the top to get more people of colour into leadership positions. That should help to naturally enhance diversity as it makes the industry and certain positions seem more accessible and appealing to people from all different backgrounds.

Diverse leaders would be able to directly influence and shape the culture of the company, as well as the people who work in it and the product/service being produced. However, I understand that this isn't something that can be easily done in all industries so I'm also in favour of underrepresented groups and people creating our own companies, spaces and opportunities to lead them the way we want to if some doors cannot be opened.

I think more kids need to be aware that working in games is a viable and pretty lucrative career path, which should start from school.

I've suffered from imposter syndrome throughout the years. I think a large part of it is due to the fact that I'm a black woman working in a predominately white male dominated industry. This has affected me to the point that I initially turned down the role I'm currently in because I just didn't feel like I could step up to the plate. Thankfully I still ended up finding my way to the role a few months later, but the journey could have been a lot smoother otherwise.

After reading 'Lean In: Women, Work, and the Will to Lead' by Sheryl Sandberg, and finally being able to put a name to this niggling self-doubt feeling things have gotten a lot better as I started to actively try to believe in myself and do things out of my comfort zone.

I think more kids need to be aware that working in games is a viable and pretty lucrative career path, which should start from school. I attended a predominately black all-girls school in London and careers in tech, let alone games, were not mentioned and none of my friends wanted to do anything like this. If it wasn't for my own interest and my sister's encouragement, who also wanted to work in tech, I'm not sure I'd be here today.

Seeing as how technology is the future and every year the games industry just grows and grows; I believe the curriculum needs to change accordingly to prepare young people for the jobs that are actually out there. However, I understand that that kind of change will not happen overnight, so in the meantime, people of colour who do work in games should speak at schools to raise awareness and offer guidance for those that do show an interest.

I love the idea of blind recruiting so that there can be no bias right from the jump. Although I know in practice it's not an easy thing to do since the recruitment software I know of does not support this yet, but it would be great if this was standard across the board.

Also, I think being conscious about it works wonders. If you can look around and see that your office is full of white men - which can be very common in the games industry - then you need to evaluate why that's the case and actively try to change it. If you're not sure where or how to get started, there are lots of recruitment agencies that are focused on working with candidates of colour.

Well, I can say at Peak we've started to try to address any issues by forming a diversity and inclusion group to actively keep the conversation going and make changes in our company. As for the industry as a whole, I'd say so far, I've seen lots of similar initiatives have been started to tackle racism and support the community, but honestly, I think only time will tell to see if there will be a real impact or not.

Just go for it, don't doubt yourself and make your voice heard because it matters as much as anyone else's.

POC in Mobile: FarBridge's Donald Harris on why you shouldn't wait or ask permission to get into games

Microsoft is committing $150 million to diversity and inclusion