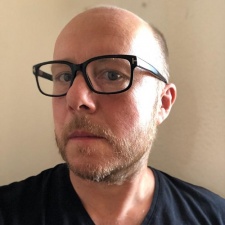 When it comes to sports games, there are clearly certain types that globally are more popular and therefore receive more attention and products surrounding them. Every year, millions purchase the latest FIFA game due to people's passion for football. The same can be said for the Madden franchise and various others, but the sport of boxing has been a hit and miss over the years.

Games like Fight Night have found audiences, and Nintendo's own Punch-Out has its own niche set of fans, but on the mobile front, there isn't an abundance of titles taking a swing at the market.

World Title Boxing Manager launched in 2018 before going on to accumulate 80,000 downloads and ranking among the top 10 rated games on the UK App Store for the past two years. Now following this, the developer behind the game – Sport and Financial - has returned with a direct sequel, Boxing Manager.

To find out how the studio is approaching Boxing Manager in the middle of a pandemic, we spoke to Sports and Financial founder Alex Deacon about the development, as well as why the studio has stuck with premium monetisation for this entry.

PocketGamer.biz: Can you start off by telling us about Boxing Manager?

Alex Deacon: Boxing Manager has been created by a boxing fan for boxing fans. The game has been built off the back of years of experience and extensive player feedback, which has enabled us to generate a games experience that both boxing purists and the wider games community can enjoy.

The move from sports and betting into mobile games was seamless, as sports betting has essentially become mobile game development of a slightly different nature

Boxing Manager provides a unique virtual boxing universe - generated in real-time. It is now the most detailed, realistic, and authentic boxing management simulator game on the market. The goal has always been to produce the ultimate boxing management experience and build a simulator series for boxing that rivals the quality and user experience of similar style games for other sports.

This is boxing's equivalent to the Football Manager series. It's the game that fight fans and simulation gamers have been waiting for.

Where did the initial idea come from? What is your history with the sport?

I've played sports management games since they first came on the market and I've had a long-held love for boxing because my father was a very good amateur, so I was always around the sport. I started off by simulating boxing matches and it grew from there.

How did your move from sports and betting to mobile games developer come about?

The move from sports and betting into mobile games was seamless, as sports betting has essentially become mobile game development of a slightly different nature.

Sport, betting, and gaming have converged in recent years, and the interdependence of each on the other has grown exponentially. This is still a relatively new development that has been guided by technology in the form of mobile phones.

You previously worked on the Championship Manager series in the 90s - how has the industry changed since then?

Since the early days of Championship Manager in the mid-90s, the internet, social media, technology, and betting have converged and changed the landscape completely. Technology has massively increased the size of the market. Ultimately, all the same elements are here, such as indie developers, but now the commercial and consumer interest means it's a multi-billion-dollar industry.

The development companies are enormous, and games are now part of mainstream popular culture. Championship Manager was deemed obscure and niche in its day. Now Football Manager and franchises like PES and FIFA are a significant part of football fandom and culture, almost as important as the real-life clubs, players, games, and competitions. That's what has really changed.

Why do you think there is a lack of boxing titles available on mobile and why do you think now is the best time to launch Boxing Manager on the platform?

Boxing Manager has always been mobile-first, which is fairly unusual for a genre that is historically played on PC. When people do ask "why iPhone?", I think this is where my background in betting leads me to the Apple platform. More generally, the usage of phones is increasing all the time and offer stickiness-per-play like never before.

Regarding the relative lack of boxing games, I think a key reason is that they are really hard to make. Boxing is not a sport with great structure; there are no standardised fixture lists, no consistent rankings, and different global rules for amateur and professional. It's not really a sport, it is a sporting business.

Also, boxing isn't in everyone's consciousness all of the time. When it is, because of charismatic fighters or a titanic fight, it's huge. The rest of the time, it suffers in comparison to the ongoing coverage that sports like soccer, basketball, baseball, and Formula 1 receive.

World Title Boxing Manager was a premium game (£4.99) when it launched in 2018, how did you find this fared? How different was the market back then?

There are lots of games out there and trying to differentiate is hard, but that is what we are trying to do. We wanted to create a game that's deep, rich, and without boundaries. The game lends itself to highly-engaged, engrossing experiences.

Personally, I feel like there is a real problem with the inflexibility of pricing options within the App Store

If you have a long commute, for example, you can play a distraction game, you can read a book, listen to music, or you can do something slightly in between that fills the void and drives engagement. Boxing Manager is great for that.

With that, Boxing Manager is again a premium game, so can you tell us about the decision to continue as a premium release in 2020? Did you ever consider free-to-play or other monetisation methods?

When we contemplated our pricing strategy, we considered two things: firstly, what does it say about the product, and second, what does our pricing do for our business model? Given the work that has gone into the development, and based on the uptake of World Title Boxing Manager, it feels like the right price point.

Personally, I feel like there is a real problem with the inflexibility of pricing options within the App Store, which does make it difficult to provide offers to customers who have previously downloaded World Title Boxing Manager, for example.

Regarding monetisation methods, if customer feedback suggested we needed to pivot to another model, we would definitely look at that. We are guided by what our users say in our decision making.

Any early DAUs, downloads or statistics you can share about Boxing Manager?

The most pleasing aspect so far is that the median session time is 1.5 hours per session, which is an improvement compared to World Title Boxing Manager and shows that the gameplay is an engaging as we wanted it to be.

The global rating is currently 4.8 out of five (now fallen to 4.5 at the time of publication), which we are really happy with and is something we pride ourselves on. Sales to-date are satisfactory, but the immediate conversion of people migrating from World Title Boxing Manager could be better. This would be helped if there were greater flexibility and functionality within the app store pricing mechanism.

Will the game arrive on Android devices in future?

We will be led by our customers on all future developments and updates. We may consider a PC version as the next priority game platform and that may also allow us a quicker route to an Android version should we, for example, use Unity to develop for PC.

What do the next few months look like for Boxing Manager?

We've done two bug and feature updates already since launch, and have additional feature drops and planning for the next 18 months. We will continue to update the game at regular intervals – we did 25 in two years for World Title Boxing Manager – to ensure the user experience and functionality remains to the level you'd expect from a premium product. The key now is to grow the userbase organically.

In 12 months, what would need to happen for you to consider Boxing Manager a success?

Success would be increasing organic growth, increasing the number of tablet installations, and planning more scale by adding to our team of developers.

Can you tell us about any other projects Sport and Financial Limited are working on at the minute?

Sport and Financial Limited sells sports stats data to bookmakers and newspapers, so we generate lots of business through that. We also develop other game candidates that we might spin off into, but for now, Boxing Manager is the focus for us and delivering that to people.

Racing ahead: Hutch COO Andy Watson on 2020 successes, future plans, and the importance of community management