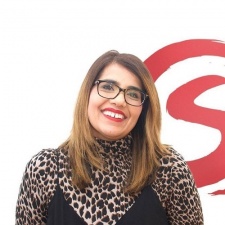 This week we spoke with Sumo Digital Leamington operations director Harinder Sangha regarding her 13-year experience in the games industry and the changes (or lack of) that have happened during that time.

Harinder Sangha: As operations director, no two days are the same. Last week saw a combination of commercial and legal discussions, as well as working on some studio PR. I am also heavily involved with recruitment and onboarding. I spend time with everyone who joins Sumo Leamington on day one. While I can't judge someone's technical abilities, I do know what type of people we are looking for and we work hard to maintain our clique free environment.

So, my role in the interview process is ensuring that all new starters understand our studio values so that we are all aligned within Sumo Leamington. Recruitment shouldn't just be about filling those empty seats; it is about ensuring our colleagues are the right people in the right seats.

In short, I'm not part of the development cycle and I'm not hands-on with the project. My job is to ensure we have all the right people on the games we are making, working on resource planning, and ensuring no blockers are in place - then getting out the way to let people get on with it.

I fell into the industry really. I was looking for a new position. I'd held a financial controller position in a software house and was looking for my next step, thinking I would continue down the financial path.
By chance, I came across the role of operations manager at the SEGA Racing Studio. At first, I didn't apply, as I didn't think it would be for me, but then I was approached by a head-hunter because the industry was looking for someone with more commercial experience.

I would never have believed then that my career would take the direction it has, and I'd have learnt and experienced all the things that I have. I've loved it, and who knows what the next 13 years will be like, but I know they will be fun.

You have to be more than passionate - everyone in this industry is passionate. I quite often say that we are really fortunate that we employ lots of people to come to work to follow a hobby; how cool are we? So, you really have to stand out from the crowd. Don't be put off by any rejections. There may be lots, learn from each one and the right one will come.

I think it is equally as important to research the companies you want to work for as the projects you want to work on. Finding a company whose values align with yours is important. We all spend more time at work than we do anywhere else. If you aren't happy it has an effect on your whole life - the fulfilment from working somewhere that feels like you belong takes away that feeling in the pit of your belly on a Sunday night.

So, if progression and growth is important to you, look into what support the company is going to give you to help you and how you're likely to progress within that company. It's so important to ask the right questions. There's no quick fix to the process, do your homework, have a plan, and be tenacious.

I'm an accountant, so that helps with the planning and strategic side of my role. Thinking about the types of roles we have in games at Sumo Leamington, we are more likely to hire someone that's studied a traditional degree like Computer Science, Mathematics or Physics. All of which are relevant for a number of roles programmers, product managers, designers, analysis roles, and more.

Lots of games specific degrees are very much tailored to more traditional console development; hopefully we can see a change to that, as the realisation that there are so many other opportunities on this side of games.

Achieving diversity in mobile games should be a lot easier given the reach we have, with most people carrying a device in their pocket, and they don't need to go and purchase a separate bit of kit to be able to access them.

It doesn't matter about your colour or race - if you're good at what you do, you've got a good chance of getting a job. Perhaps the problem is that I think sometimes people unconsciously prefer to hire in their own image.

So, when the industry is dominated by middle-aged white men then yes, this is a problem. Change needs to happen at every level of the industry and development studios need to reflect its audience. For me, diversity means relevance and no creative company can afford to be irrelevant.

I came from a traditional Sikh upbringing and just like many Asian households, if I said I wanted to make games I would have been told: "nope you're going to be either an accountant, lawyer, doctor, dentist or pharmacist". That was a long time ago, and while some things have changed, I do feel we still have a lot more to do.

I'll stick my neck out and say that there is no role or level at Sumo where we would not benefit from having more women, and I think that's true for nearly every company in the industry

As a mum to a 10-year-old girl, we need to work on that entry-level education, we need to get to that young bright Asian girl who loves games, to not only think, but believe that games could be the perfect career for her. But then also we want to have her family understand and support her if that's her decision. That is going to take time, but we have to do it if we're going to make long-lasting change in our industry.

Over the last 13 years I have seen some big changes, but so much more needs to be done. I have quite often been the only women and/or person of colour at the table and I would love to see more of both. It's a difficult thing to overcome, but as a woman, you can sometimes feel like you don't have a voice, that you may be railroaded.

If you disagree with the overall sentiment during a meeting, it can be hard to speak out, as you're clearly being emotional when you do or being argumentative. More recently, I have learnt that my voice matters just as much as anyone else's, and actually as a woman, I will see things that others don't, so we need to speak up.

Again, people need to learn about their own biases and act. Get out of your mind what a 'typical' developer looks like. Let's change it up for the better. Maybe that means taking more risks, looking for those nuggets of greatness in emails or CVs.

I'll stick my neck out and say that there is no role or level at Sumo where we would not benefit from having more women, and I think that's true for nearly every company in the industry.

People have finally recognised what has been happening for many years. The bit I think that's missing for many is the understanding it is not just in US.

When Sumo released that statement, it wasn't just ticking a box, it was from the heart of Sumo and a statement that everyone here really wants to make a difference. Much more needs to be done, we need to keep going.

More visibility of diverse people. Let's have more diversity on those panels and speaking at events generally, and not just on diversity. We have so much more we can talk about.

Although in many ways the industry is not judgemental about race/colour, there has been no real momentum to change things. I truly believe there is a place for everybody. I wholeheartedly support the Black Lives Matter agenda because it is forcing the topic up the agenda and this time, I think there's a real chance that a positive change is going to happen.

I'm proud to sit on the advisory board for Women in Games, and it's organisations and groups like that that are helping to make a difference. But if we going to really affect change, then everyone has to make a conscious effort to challenge the status quo and constantly push for true diversity and equality.