"If developing a new game is a joy, then the actual result is less important" 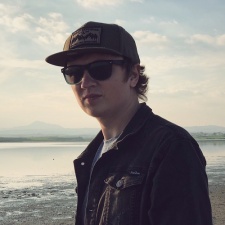 Andrew Chernyshov is the founder and developer of Anji Games

This week, we spoke to Anji Games founder and developer Andrew Chernyshov surrounding the development and launch of Hellrider 3.

Andrew Chernyshov: Game development for me started as a child over 20 years ago, designing paper games since there was no computer at home.It was great for developing my imagination.

After that, there was a lot of other things I explored from studying to be a graphic designer, working in different game companies and learning about outsourcing.

If developing a new game is a joy, then the actual result is less important.

All this time, I was making my own prototypes before really becoming an indie in 2015 when I suddenly realised that I was waiting around for no reason and it was actually the best time to just make my first game. Following this, I launched the original Hellrider and have continued since then.

I've been moving closer and closer towards a normal daily routine as an indie for a long time now, trying to not work more than eight hours a day while taking a break from the monitor every hour or so, and making sure to go for a walk too.

Before going to bed, I take two to three hours to rest from the computer and switch to something not related to games whatsoever.

If game development is a childhood dream of yours, then it can quickly start to take over your life completely. The biggest challenge for me was learning how to separate work and life. It's something I am still learning and will continue to be an eternal search for game developers.

At the moment, success for me is doing what brings pleasure in the process. If developing a new game is a joy, then the actual result is less important. However, if the finished game becomes really popular, then the success is doubled.

It's really upsetting to see that the creation of mobile games is turning more into a pipeline in pursuit of quick profits, with creativity being lost in the process. Luckily, there are still many wonderful games made with love and I am glad that these games still stand out.

In 2020, indie developers can still make a good game and not drowned among those who think more about promotion than about the quality of the game.

It's really upsetting to see that the creation of mobile games is turning more into a pipeline in pursuit of quick profits, with creativity being lost in the process.

Could you tell us about Hellrider 3 and why the game felt right for mobile?

Hellrider 3 is a very special game to me and I learned a lot from working on it. The original idea was to combined a runner, shooter and story game with cutscenes in a small free mobile format. Until the end of development, it was not entirely clear what kind of game we would finish with.

Development took two and a half years and most of that time I was experimenting with the game mechanics and storyline. With no guideline to follow and often having to act in blind faith, the most difficult thing was combining the abundance of possibilities in the game simplifying the concept for mobile.

Hellrider 3 felt right for mobile because realised what the original idea was - a story runner with shooter elements, which is convenient and pleasant to play with touch controls.

Since I've worked from home for many years like a number of indies, there has been no particular big changes to my life during the pandemic. That said, it's helped me to redefine my life values and pushed me to try and enjoy life as it is - instead of hoping for too far-reaching plans.

Making a new game of course! I have a few ideas that I would like to experiment with in the future.

I don't think it would be very different from what I'm already doing, to be honest. I'd take advantage of the budget to bring all of the game elements together better than ever before and increase the amount of content several times. It would be great!

The most important thing to understand and I truly believe is worth advising others is to not forget about your life outside of game development.

Travel, relax and don't forget your hobbies. By focusing on this, game development won't turn into a routine or worse yet a burden over time.