Building the next gaming social network 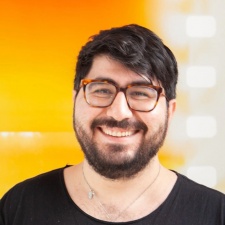 A $20 million Series-A funding roundis an achievement, albeit one that comes with plenty of attached anticipation.

Selcuk Atli, CEO of video-based mobile social gaming platform Bunch, is not someone who harbours any doubts, however.

That’s not how you raise $20 million.

“The amount was aligned to the scope of our ambitions,” he states

“We’re highly ambitious and we want to get there quickly.”

As for what the ‘there’ is, Bunch is all about building the next social graph for gamers.

“We believe the right experience for players is a unified social graph that works across games and across platforms,” Atli continues.

He argues people play with three main groups: their real-life friends; their gamer friends; and other players in a more ephemeral manner.

Using something like in-game chat is fine in the latter case but this is not persistent or meaningful. Similarly a product like Discord is powerful but sits external to the game. It’s not video-based either.

“We want Bunch to be integrated within games, creating an accessible, real-time social network for gamers and their friends to play together.” Atli says.

Of course, this vision can only be achieved if Bunch can gain traction across the entire industry, scaling both in terms of number of gamers and - more crucially - supported games.

And that’s where Bunch’s funding is significant.

“We need industry collaboration. It would be hard for any individual company to build out something like Bunch themselves,” Atli points out.

“We’re providing the catalyst for them all.”

Bunch is already integrated within mobile games such as Brawl Stars, Call of Duty and Roblox.

During 2020, Bunch has seen 50-fold growth in terms of monthly active users.

Some of its simple first-party games such as endless runner Mars Dash are also proving popular for people who just want to play something fun with their friends.

After all, Bunch doesn’t tout its core gaming credentials. It brands itself as a party app; entertaining for everyone to use not just for self-selecting gamers.

And that’s been a key part of its strong growth during 2020. Prior to the Q1 Covid-19 lockdowns, Bunch’s audience was relatively small, male and focused on North America.

Post-lockdown, Bunch has a global audience which is 60 per cent female, and has experienced 50-fold growth in terms of monthly active users. Small wonder it raised that $20 million with ease.

It’s also interesting to note that currently most of Bunch’s traffic comes directly through its mobile app rather than through the games with which it’s integrated.

Technically it doesn’t matter if you group up in the app or the game, the experience is the same, but it seems most people want to group up in Bunch and then decide what they want to play.

That could make Bunch an excellent discovery channel in future for publishers.

But given the amount of investment raised, Atli says the company (and presumably its investors) aren’t worrying about monetization just yet.

“We’re focused on growth and scaling,” he states.