"Nothing makes us more upset than the pay-to-win mechanics that would make the game unfair." 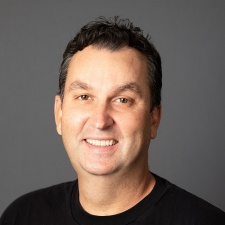 Across the US, NFL games are viewed by more than 16 million people every game with that same number attending games throughout the season on average (via Statista). It's a huge sport, that influences off the field as much as it does on. Sunday game days in the US is a sacred tradition heralded by countless families across the country.

It's also been getting increasingly more popular outside of its home nation. Over the last couple of decades, more and more NFL events have been taking place across the UK, only fuelling interest in the sport. One place it's yet to make a major splash however, is mobile. Yes, the Madden series has made a name for itself on console and PC, as well as popping up on mobile with its own dedicated version, yet nothing has set the world on fire.

To find out more, we spoke with Nifty Games vice president of product Tom Shoenhair about the company's strategy and long-term goals.

PocketGamer.biz: Can you start off by telling us about yourself and your role at Nifty Games?

Tom Shoenhair: I joined up with Pete Wanat and Jon Middleton (our founders) soon after Nifty Games raised startup funding and along with Dan Wasson, we were a mighty four on the entire team, which was not that long ago.

Our primary initiative was to go out and start building prototypes to prove out the concept of making some really fun mobile sports games. It clicked pretty quickly, and we feel like we are on the path to change the landscape for mobile sports games.

I initially led the effort on NFL Clash and as we have grown the company, I have shifted to leading the product team, which is driving the effort around our data driven approach leveraging our analytics, business intelligence, and overall game performance.

Can you tell us about NFL Clash and why it felt right for mobile?

NFL Clash is a quick session, head-to-head experience that from the beginning was designed for mobile because we wanted to bring a fun game to play whenever and wherever you are. As we have seen in the last few years, mobile is the easiest way to get into a game and can be an incredibly fun experience at any time.

Where did the initial idea come from to work for NFL Clash?

Jon and Pete created the original idea, after playing popular head-to-head mobile games and realising that none of these games were scratching the itch that they were looking for from mobile sports games. Nifty Games originally raised $3 million in a seed round back in November 2018 to start developing its sports titles before closing a subsequent $12 million series A funding round in April this year.

Can you tell us about opting for funding rounds and whether the company will look to raise further funds in future?

The list of investors that we have involved with Nifty Games is an impressive group that is involved with games, entertainment and professional sports teams. The backing we have behind us is incredibly empowering to bring the best game we can to sports game fans.

How important was acquiring that NFL licensing agreement for the game? Would the game still be in development if this deal fell through?

The NFL and NFLPA have been excellent partners as we’ve developed NFL Clash and continue to be incredibly supportive as we bring the game to market. Our game allows you to build your dream team to crush opponents and climb the leaderboards, it is what you expect from an NFL Football game. The opportunity we have to work with the NFL and NFLPA is key to bring authenticity.

Nothing makes us more upset than the pay-to-win mechanics that would make the game unfair.

What sort of figures, stats or otherwise would need to happen for Nifty Games to consider NFL Clash a success? Whether that be one month, six months or 12 months after launch?

One of my favourite things about Nifty Games and the culture that Jon and Pete have created is that we have a view where we design, build and plan to create an even playing field for all gamers to play for decades. Nothing makes us more upset than the pay-to-win mechanics that would make the game unfair.

Our plan is to create an inclusive community, consistently build and balance the game to deliver competitive gaming for all sports gaming fans. We’ve got a long-term vision.

How has the ongoing pandemic affected the studio (if at all) and has the development of NFL Clash been impacted as a result?

Well, it has been a challenge to be sure. That said, I am so proud of our team for the fantastic effort they have made to push ahead and make this incredible game - even with these headwinds. I think in many ways that shows just how fun our game is to play.

In all my years of making games, I have never seen a team so passionate to play the game all the time and provide ideas every single day to make the game better. We’re working remotely, but the team is tight-knit and we’ve kept momentum.

Will Nifty Games look to include Colin Kaepernick in NFL Clash following EA's decision to remove the player from Madden for four years before returning in Madden NFL 21?

I am a huge Niner fan and nothing would make me happier than to see Colin Kaepernick get his shot to play in the NFL again. I will never forget where I was when watching him run for over 180 yards to lead the Niners to victory in a playoff game. Bringing Kaepernick to NFL Clash would be really cool.

What has the studio learned from NFL Clash's soft-launch so far?

We have grown as a team and focus; we have learned what our players want from the game and we are going to bring them fun that has never been seen on modern mobile games.

Are there any other projects you can tell us about?

As you may have seen, we recently opened our new Nifty Chicago studio to develop our NBA game. We cannot wait for people to see what we have cooking up. We have a strong conviction that our players will play the NFL Clash game and love our NBA game.

What do the next 12 months for Nifty Games look like?