"Every two to three years the market seems to shift completely and you always have to be up-to-date." 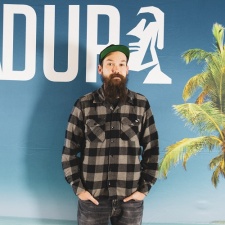 This week, we spoke to Headup Games chief technology officer Mark Aldrup who was in charge of porting the studio's latest game Trüberbrook to mobile and console.

Mark Aldrup: Our CEO funded Headup Games back in 2009 as a small indie publisher focusing on mid-size productions and a more classical retail-approach. Except for some iconic collector’s editions over here in Germany, we went mostly 100 per cent digital during the last 10 years. We went live on all major platforms and just recently we started our first in-house development.

Every two to three years the market seems to shift completely and you always have to be up-to-date.

At Headup Games we're having quite a regular office life with standard working hours and (almost) no crunch time. The craziest times are always the industry events with tons of meetings, hilarious parties with great people, and way too little sleep.

The everchanging market is really challenging. Every two to three years the market seems to shift completely and you always have to be up-to-date. Also, coping with commercial failures can be extremely challenging and dangerous for small studios.

For me, a game is successful if people enjoy playing it and the developer and publisher can keep their studio and employees somehow safe with the income.

It's a very tough market. It's flooded with good games and especially the free-to-play market is basically set with big players with enormous marketing budgets. A really good thing that happened for indies is the new subscription services, such as Apple Arcade and Google Play Pass.

As indies tend to create premium games without free-to-play mechanics, those new platforms helped a lot of developers to gain great success on the mobile market once more.

Our latest mobile release is Trüberbrook, a modern adventure game set in a sci-fi setting in rural Germany during the 1960s. The game looks gorgeous on smaller devices and plays fantastically with touch, if I do say so myself.

It's quite hardware-heavy too, so the mobile version was a delayed for a little while when compared to the console and PC versions, but now it's finally out. Additionally, we were very proud that Trüberbrook was awarded the "Best Game" prize at the German Computer Games Awards in 2019.

A game is successful if people enjoy playing it and the developer and publisher can keep their studio and employees somehow safe with the income.

We switched to 100 per cent home office remote working quite rapidly, and it actually turned out quite well. The workflow was nearly the same and we managed to make it through without any major problems. The restriction has been lowered quite a bit in Germany, so we're now back in our office almost like before the pandemic began.

Obviously, the events have yet to return and digital events cannot replace those completely. A bit disappointing was that we actually just bought a really nice, big booth that we were looking forward to utilising on the show floor at PAX and other events this year. This is now gathering dust somewhere in a warehouse.

With PlayStation 5 and Xbox Series X just around the corner, we're trying to bring some great titles to those new platforms as early as possible. Beside that, we just announced our next entry in our successful Bridge Constructor series (which will be available on mobile too) - Bridge Constructor: The Walking Dead.

We're very excited to be working on such a beloved franchise and can't wait to get the game out to the players.

My personal dream would be to work on a new Monkey Island game. Essentially this would be a 2D hand-drawn swashbuckling adventure that captures the spirit of the first two Monkey Island games, which I also credit as my favourite games of all time.

Be patient. Don't be afraid to ask other developers and publishers for help and feedback whether struggling or looking for general advice. Most importantly, make sure you're happy about what you are doing.

How Studio Fizbin's Say No! More digs into our 'absurd, rotting relationship with work'