Christian Facey talks game jams, and the importance of figuring out your business structure as an indie 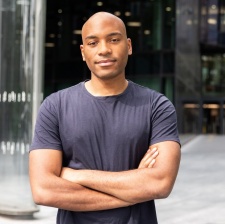 Game jams are a great way to discover new talent in the game dev space. Not only do they bring developers together to network and share a common goal, they're also a prime space to discover innovative ideas.

Audiomob's Resonate mobile game jam has provided just that - a month-long game jam that is open to developers of all skill levels and backgrounds. There's no theme or guidelines, except for one - all participants must use Audiomob's Unity plug-in.

The goal on Audiomob's side is to introduce their non-intrusive audio ad format to new developers and companies, but it also gives up and coming developers a shot at winning some prizes - including financial support for their game and a solid introduction to publishers and press outlets.

Audiomob CEO Christian Facey is a strong advocate of supporting indie developers, but his own experience leads him to feel as though some developers may not have a strong sense of how to monetise their projects. He hopes that encouraging smaller devs to implement monetisation techniques from the start might inspire more thought on how to generate revenue effectively.

"Once upon a time I tried to start a game studio. I taught myself everything from animation to graphics creative to game design, development etc. It failed as I didn’t consider the business side of the studio, i.e. monetisation and publishers, until later in the process," Facey tells PocketGamer.biz.

"The idea behind our Resonate Game Jam is for developers to think about the business side of their studio as much as the gameplay. Having experienced the hard work that goes into game development myself, I wanted to make sure that we offered prizes that will be truly valuable to the developers, such as cash, connections and guidance."

The jam is also giving developers the opportunity to learn about audio ads and how they work, while applying it practically to whatever they're creating for the jam.

"Outside of the prizes, developers can learn more about non-intrusive monetisation strategies using audio. It’s where the whole industry is moving towards, not blocking your player as you monetise them," Facey says.

Users prefer audio ads in games as they don’t block gameplay unlike video. While video is accepted for now, like every single ad unit that has ever existed, there is an expiry date before the business model has to change."

Audiomob is already working to see non-invasive audio ads become a preferred method of monetisation in the mobile space, more recently with a partnership with 9th Impact. In the company's new Big Brother title, users can click on an in-game radio voluntarily, which will serve them an audio ad in exchange for in-game currency.

"The 9th impact team has been great to work with, and they have come up with a truly awesome rewarded audio concept using an in-game radio in the Big Brother game," Facey adds.

"We’ve seen examples such as rewarded audio banners appear in shop windows, during football/sports matches, and even intermingled between music in an in-game car radio (similar to GTA); but in mobile games, we are the first to have introduced this concept."

While the first Resonate game jam will come to an end on November 5th, Facey assures that this won't be the last jam Audiomob will run. The jam also isn't just about the winners - any project with an eye-catching flair will be watched carefully by Facey and his team.

"Even games that don’t end up in the winning roster could definitely have potential. We’re always on the lookout for great studios and talented developers to work with," Facey concludes.

"Based on our current turn out, and the great games that are being made, we’ll definitely be hosting bigger jams in the future with even more awesome prizes. We would like to host one in a physical space when the world goes back to normal at our Google for Startups office!"