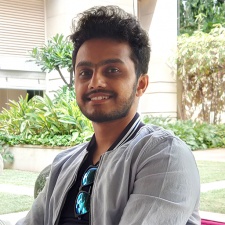 It is now easier than ever to develop and publish a game, and there are myriad resources available to help companies of all sizes break into whichever market they're aiming for.

However, one long-standing method of success is to join forces with a larger company. A tried and tested brand in the gaming space can help make a good product great, as well as provide access to additional guidance and tools that developers may not be able to secure on their own. This leads to growth, and growth is mutually beneficial for both parties. An example of this dynamic is RedForce Games and their partnership with hypercasual giant, Voodoo.

RedForce Games' founder and developer Rakshith Anand discusses the partnership, and how the team-up with Voodoo has enabled RedForce to grow with access to a dedicated publishing manager, marketing resources, and a wealth of experience from Voodoo's extensive team.

How did your company first get started?

Rakshith Anand: The company originally started in 2013, while I was still studying at university - long before hypercasual had started to become a big trend. I’d originally started working on a mix of racing and strategy games. I learned all the skills to develop games online from the likes of YouTube. My very first game, Interstellar Defense, took over a year and a half to create, but it was a hugely valuable learning experience. My second game, Drone Racer Canyons, was developed at a slightly quicker pace, at around eight months, but by this point, I was working on the game full time.

I’d definitely noticed that these types of games were getting a huge amount of downloads and often dominating the charts. The games I was focusing on before hypercasual were a huge investment of time and risk. So I decided to start trialing this format once the trend started in 2017.I just thought why not give it a try. Just as I joined in 2018, hypercasual definitely took hold of the market and went to the next level.

After a few years, I realised I needed a publisher, so I made some initial approaches. It wasn’t until I made a game called Make Path, which caught the attention of Voodoo, that my hypercasual journey properly started. I was really interested in the process with Voodoo. I had originally looked at different partnerships, with the likes of Ketchapp, Noodlecake and others, but I found that Voodoo was incredibly transparent and fair. As a business model, they laid everything out and you knew exactly what they were going to do at each stage - this wasn’t so clear with other publishers.

Everything is made much easier for developers with Voodoo, it’s very straightforward and they are extremely supportive. After an initial conversation with them, they opened up a Slack channel where you’re partnered with a Publishing Manager. This gives you the opportunity to ask lots of questions, have open discussions, and learn from their knowledge and experience. Specifically, Vrinda Batra(PM) had a good communication channel with me and this helped me get the feedback faster that helped me make the right decisions.

Before Voodoo, I really had no idea how everything worked in the hypercasual domain, so the partnership was instrumental in helping me establish myself as a hypercasual developer. Once it went live, they had a great support system, so I was fully up-to-date on how my game was doing. Stack Colors officially launched in April 2020. With Voodoo’s expertise on how to properly scale games, you don’t have to worry about stuff like marketing, as it is all taken care of by their teams, making sure you only have to focus on developing your games.

I don’t think you can pin success to just one thing, as you can come close to different metrics at certain times, but still fall just short of what the market is looking for at that time. Timing and understanding are crucial. I feel like a single screenshot should tell you everything you need to know about a game - so it needs to be so simple that you can understand exactly how it will work from the image. It's also very important to ensure the design, visually and mechanically, takes precedent. Coming up with an innovative merge of game mechanics which is super satisfying is essential in this saturated industry to stand out!

It took me a long time to properly crack the market. I’d gone through 12 different games tests with Voodoo and the journey was tough. At this time, I had two different jobs to make ends meet, so when it came to Stack Colors, my 12th hyper casual game, I was on edge. But the testing stage ensures you get the right game in the end, that you know will be a success.

After the success of Stack Colors, I was due a break, but now I’m ready to get back at it. I’ll definitely be keen to crack another hyper-casual game and think carefully about what will make my next big hit. For this, I’d love to build a team that will allow me to go into more depth.

Any advice for others?

My advice is that persistence is key - don’t give up and make sure to believe in yourself. There will definitely be times when other people don’t fully understand what you’re trying to develop or how you’re going to make it work. But you have to make the call to stand by your decisions and know you can make it a success!